The off-season is usually a time when rugby players unwind, party, take in a bit of travelling and basically take the opportunity to get away from the game that dominates the other 11 months of the year. 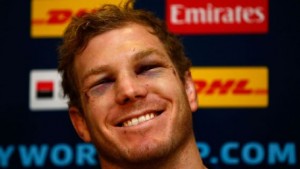 While many of the Wallabies flanker’s Rugby World Cup colleagues are probably picking up a spare tyre or two that will make pre-season a little bit tougher, Pocock has instead been slogging it out alongside the men charged with protecting endangered rhinos in Zimbabwe.

Widely known for his conservation efforts, Pocock has posted a number of pictures from his “vacation” in Zimbabwe on Instagram.

And the Wallabies star clearly seems to be making the most of his return to the country of his birth before he is due back in Canberra for Brumbies’ pre-season training.