We can talk all we like about economics, but it doesn't mean much if we don't count and once you get beyond counting on your fingers you need a little simple arithmetic. A little of that can take you a long way. 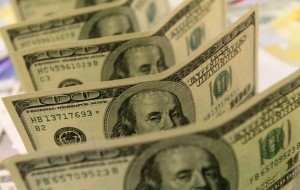 For example, count our total exports and our total imports. How do the answer compare? That’s one sum our Minister of Finance and all those clever people with him in the Cabinet with their degrees in economics don’t seem to be able to get right. Let’s concentate on something they’ll find easier.
Look at every Ministry and every parastatal. They all, as far as I know, have a lot of employees earning about $200/month. They also have some employees who take home over $20,000/month. Question one in our elementary arithmetic paper is: how would you save $100,000 per month and cause the least disturbance?
Now will all those readers who said â€œsack 500 of the people who sweep the floors and the streets, mend our roads (when they can get tools), maintain our water supplies (some spent last weekend changing some important taps in Harare’s water works) and generally make themselves usefulâ€ please raise their hands.
I thought so.
But it is obvious that nobody would miss five of the guys who spend a lot more time being driven from hotel to conference centre to airport in big government cars than they spend in their big offices.
You might not need to sack anyone if you simply brought the maximum salary down to $10,000/month, halved the fuel allocations for their big cars and cut the pocket money given for foreign travel from $300/day to $50.
If you make the wrong choice and make things worse, please don’t waste time blaming the World Bank or the IMF. They will tell you that they only said you should cut government expenditure. They will never admit to having advised you how to choose between these three ways of cutting your salary bill. They don’t go beyond simple arithmetic. They only tell you you’re spending more than you receive in taxes (for a Ministry) or sales (for a company). Whether your answer provokes food riots or brings in the US marines to put the fat cats back in their rightful place, with their faces buried up to the ears in the cream, World Bank and IMF officials will only say they told you that you needed to cut expenditure and you cut the wrong expenditure.
What is true of the World Bank and IMF is true of most governments, especially the big ones. They may act friendly, but friendship doesn’t often stretch far enough for them to stop you making silly mistakes, especially if they gain by your mistakes. They’ll be even less eager to help you out of a mess you got into by following the wrong advice, even if it was their advice.
You have to make your own plans and take responsibility for the results. That’s part of what independence means. Unfortunately, we’ve not had many people in government who want to take that risk. They want someone to save them from all the nastiness of life, to save them from responsibility. Wouldn’t they be happier and feel more secure if they could find a new colonialist to put all the blame on?
Unfortunately, that’s not what a colonialist wants, whether he’s from east or west, north or south, whether his skin is white, yellow, brown or blacker than yours. The way ZANU have behaved for the past thirty years, they couldn’t find anyone who’d want to take us as a colony, even if we paid them.
Post published in: Opinions