Rusape – A white Zimbabwean commercial maize and tobacco farmer, Robert Smart, 70, who was evicted from his property by authorities last week has told News24 that his farm is now occupied by "armed men". 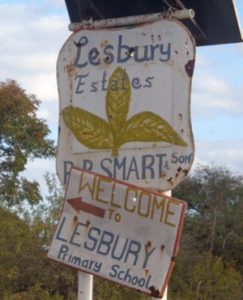 “Men, who are not police officers, armed with AK47 rifles and shotguns, have now occupied my farm and have barricaded all roads leading into the farm. I can’t access the farm anymore to collect my machinery and produce what remained on the farm when we were illegally evicted,” said Smart.

Smart also claimed that his produce was being looted from the farm by the new occupiers.

Listen to Robert Smart, as he speak to News24 below.

A visit by News24 to Lesbury Estates, about 26km west of Rusape, this week, revealed that entry to the property was prohibited by the land grabbers who had barricaded all roads leading to the farm.

News24 caught up with Smart and his family about 30km from their former farm. They were busy transporting some of their household property in pick-up trucks to their nearby friends.

The Smart family said they wanted to return to their farm to continue with production, adding that they had approached senior officers at the police headquarters in Harare for help.

Contacted for comment over the phone, Mujati said, “It’s none of your business”, before switching off his cellphone.

Smart said the presence of the armed men at the farm was now causing danger to his two horses and chickens, as they were reportedly now going hungry.

“I have to feed my chickens and horses that are on the farm, but I have no access. The horses and chickens have not been fed since we were evicted from the property, and local police are doing nothing to help the situation.”

The visibly-shaken agronomist told News24 that he had information that his maize crop was being harvested and taken off the farm by the “armed” men.

“I grew maize on 70 hectares of land under Command Agriculture (a government initiated maize growing programme to ensure food security) and we are told that the entire crop is being looted by those armed civilians at the farm.

“Some of our property, including children’s toys, was looted when we were evicted. In total, the value of the property on the farm that has been seized, including farm equipment is approximately $2m,” said Smart.

Smart’s son Darren, who was driving another truck, said their world had since collapsed and the entire family had been turned into beggars.

Said Darren: “We have nowhere to go and we do not own any other property anywhere besides Lesbury Estates. We were born and bred here in Zimbabwe and we do not know any other place other than Lesbury Farm.”

“All this property you see in the trucks was stolen from where it was dumped and it was discovered in the bush by some of our workers. Most of it (household property) is still missing and no action has been taken by the local police,” said a weeping Darren.

he Smart family, according to Darren, had acquired loans from local banks to finance their agricultural activities at the farm. He said that repaying those loans would be an uphill task, given that agricultural production on the farm had been disturbed.

“The disturbances mean that we will not be able to find money to pay back the loans. Before we even think of repaying the bank loans, our immediate priority is a roof over our heads.”

Smart was evicted from his farm last week by armed police and gangs of suspected Zanu-PF youth, and his household property was dumped on the roadside about 200m from the farmhouse.

Some of his farmworkers who had pledged to take care of the property were allegedly teargassed, assaulted and arrested by the police, although they were later released without charges.

The eviction was effected to pave way for a top cleric, Trevor Manhanga, who has links to President Robert Mugabe‘s ruling Zanu-PF party.

The grabbing of Lesbury Farm came shortly after Mugabe told his supporters at a rally that all remaining white commercial farmers should be kicked off their properties to make way for his party’s youth and his supporters who had no land.

Mugabe’s call to repossess white-owned farms triggered fresh invasions in the country with some military chiefs and Zanu-PF heavyweights reportedly grabbing a section of Blackfordby Estates near Harare, where one of southern Africa’s largest agricultural training institutes, Blackfordby College, is situated.

Some economists blame Zimbabwe’s economic downturn on Mugabe’s chaotic land reforms, embarked on in 2000, whichdisplaced thousands of white commercial farmers and their employees