Heal Zimbabwe expresses grave concern over the disruption and surveillance of war veterans’ peace education initiatives in communities that have been affected by political violence by the police. This was revealed in a statement by the Zimbabwe National Liberation War Veterans’ Association (ZNLWVA) on the 26th of July 2017 authored by Wilbert Sadomba. 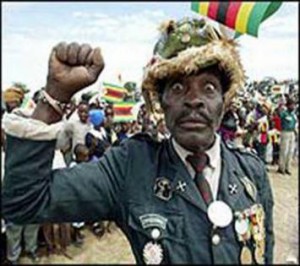 In their statement, the war veterans lamented that the police stopped a peace awareness campaign initiative in Mashonaland East and questioned members from the ZNLWVA who were piloting the project. War veterans also said that community members who were engaged during their peace campaigns were followed up on and questioned by state security agents.

Heal Zimbabwe appreciates that war veterans are key stakeholders in national healing and reconciliation processes. War veterans, whose legacy was tainted by their participation in the country’s past political conflicts, are critical stakeholders in building a peaceful Zimbabwe. Therefore, the initiative by war veterans is not only noble but it amplifies efforts by various organizations such as Heal Zimbabwe in peacebuilding, violence prevention and conflict transformation ahead of the 2018 elections and beyond. This also justifies why there is an urgent need for the National Peace and Reconciliation Commission (NPRC) to be fully operationalized.

Heal Zimbabwe further commends the war veterans for taking a bold stance against violence. Such a stance is a positive step towards the realization of peace and tolerance ahead of the 2018 elections.