Chivi residents have blamed the local district council over health risk looming due to refuse collection failure in Chivi growth point. A social audit by Community Tolerance Reconciliation and Development (COTRAD) Action for Accountability Groups (AAGs) in Chivi Growth Point’s locations revealed that garbage has not been collected for a long time and residents have created their own illegal dumpsites. 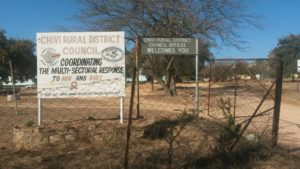 COTRAD AAGs stated that the illegal dumpsites and garbage which are abandoned piling up in the streets has left the people at health risk. The AAGs who engaged the Council management on the issue were told that the district council refuse collection truck is malfunctioning.

The residents expressed their worry over health issues urging the council to prioritize human well-being on their day to day business. “The situation here is pathetic, refuse bins are not collected for weeks, pampers and other garbage are found everywhere around the growth point. The situation is worse in highly populated old location and Silver City”, said Chenesai Mutanda of Silver city location.  The residents also revealed that the council set on to hire a truck from Mr Togarepi Chikwashira; however it is struggling to meet regular hiring costs which has resulted in garbage piling up in most areas.

COTRAD AAGs argued the Chivi Rural District Council’s environmental management committee to urgently look into the matter. “We urged the council management to act swiftly to revamp and repair the broken down refuse trucks and quickly combat the problem” said one youth. The situation in Chivi is a cause for concern. COTRAD sincerely urges the district council and responsible authorities to seriously consider the plight of the people in Chivi. COTRAD also encourages residents to confidently engage public officials at all levels to present their issues of concern.