The divorce case of Family of God Church (FOG) founder, Andrew Wutawunashe which was first exposed by ZimEye.com 2 years ago has seen the man approaching the High Court seeking to bar journalists from covering proceedings as the case is set for the 29th January. 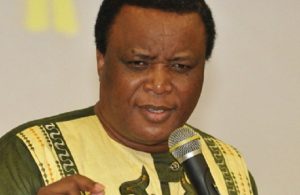 Wutawunashe is embroiled in a messy divorce with his wife, Rutendo, over allegations of infidelity.

In his urgent chamber application filed on Tuesday, the cleric said efforts to engage his partner in the same application had failed.

“I have even suffered character assassination through an online media house, under the headline Pastor has sex with a Satanist for 11 years: My hubby preacher has been seduced by a Satanist,” he said.

“Such not only portrays me as an adulterer, but even so a devil worshiper as I have been accused of bedding a Satanist.

“This has serious consequences on my profession, as I am a revered clergyman, who not only leads churches from all over the world, but also conducts religious business on instruction by the government of Zimbabwe.

“My image and that of the respondent (Rutendo) too, is, therefore, at serious stake and I will suffer prejudice should my right to privacy in hearing of this matrimonial case not be upheld in terms of the Constitution of Zimbabwe and in terms of the rules of this honourable court.”

Wutawunashe said the relationship between himself and his wife “has broken down to such an extent that there is no possibility of reconciliation. More particularly, we lost all love and affection for each other and last had an intimate relationship in 2005”.

“After publication of such privy information, my lawyer has attempted to seek the origin of the slander, but no party has accepted responsibility for the publication of articles, whereas the matter is still sub judice.

“As a result, it has become a source of distress that the divorce has come into the public arena,” the cleric said.

“If the case is held in camera, the Press will not have the right to remain, thus, protecting the right to privacy of both parties involved, as well as the dignity of the church members associated with the figures ought to enjoy.

“The church has already split and another church called Family Covenant Church has been formed by former members of FOG at the emergence of the slanderous statements, thus, there is no telling what further publications will do.”

Wutawunashe, who has six children with Rutendo, is also fighting with her over how to share the church property.

Wutawunashe argues that church property is not part of the matrimonial assets and remains the exclusive property of a universitas, an assertion which his wife has disputed as false.

The clergyman also proposed that upon the granting of the decree of divorce, he must be awarded house number 89 Cheltenham Drive Park, Ruwa, and that Rutendo retains number 42 Stratford Drive, Greystone Park in Harare and 2663 Tettenhall Flat also in Harare.

He also suggested that stand number 1319 along Fife Avenue in Harare be awarded to Rutendo, so that she uses it as a surgery to generate income, since she is a registered medical practitioner.

Wutawunashe also argued that Rutendo does not require post-divorce maintenance.

However, Rutendo insists she wants the church property to be included in the sharing of their matrimonial property, a demand Wutawunashe has vehemently contested.

The matter is yet to be set down for hearing.- Newsday