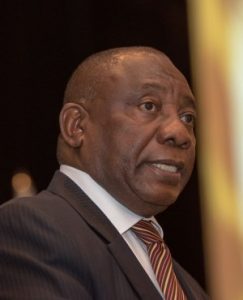 “He assured the Tsvangirai family and the people of Zimbabwe of the solidarity and compassion of the people of South Africa,” the department of international relations and co-operation said in a statement.

Tsvangirai died on Wednesday in South Africa after battling against cancer.

Tsvangirai, who founded the Movement for Democratic Change (MDC) party in 1999, was among the most prominent critics of of former president Robert Mugabe, the long-time authoritarian leader who was ousted from power in November.

Ramaphosa said that Tsvangirai would be remembered for his “profound role in the Zimbabwean politics and his prominence which saw him serve as prime minister from 2009 to 2013 in the government of National Unity”.