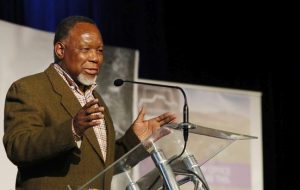 “The Minister of Defence will always be aware of the provisions of the Constitution, which stipulate how the deployment of the army is carried out, so there is not likely to be any confusion in his mind as to the nature of the authority that is required, which is that only the President can deploy the army.”

Most regrettably the Commission has never made its procedures public – only its terms of reference.  This major omission has led to unfortunate results – such as some members of the public feeling harried by questions that did not seem to be related to their testimony about the shooting – e.g. being asked what political party they belonged to.  Under our Commissions of Inquiry Act everyone who appears before such a commission is entitled to legal representation.  It seems that this Commission has not given out this information.

Veritas Submission to the Commission of Inquiry

Commission of Inquiry into Post-Election Violence,

On behalf of my organisation, Firinne Trust (known as Veritas), I should like to make submissions on Zimbabwean law relating to the subject-matter of the Commission’s inquiry.

Veritas is a non-governmental organisation registered as a trust.  It publishes information on legal issues, including legislation and the proceedings of Parliament, and works for constitutionalism and the advancement of human rights.  It has MOUs with Parliament and the Zimbabwe Human Rights Commission and has a distinguished Board of Trustees.

The submissions I wish to make are the following:

The Commission’s terms of reference set out in Proclamation 6 of 2018 do not specify one issue which many Zimbabweans regard as the most important of all:  who ordered or authorised soldiers onto the streets of Harare on the 1st August?  I shall make submissions on that issue later in this letter, but here I simply point out that you can deal with it under paragraph (vii) of your current terms of reference, which empowers you “to investigate into any other matter which the Commission of Inquiry may deem appropriate and relevant to the inquiry.”

2.  The Sanctity of Life under Zimbabwean Law

In Zimbabwe, unlike South Africa and most other countries, the right to life is almost completely sacrosanct.  Although courts are allowed to impose the death sentence on convicted murderers (section 48 of the Constitution), that is the only circumstance in which persons can legally be killed.  Section 86(3)(a) of the Constitution makes this clear:  no law may limit the right to life, and no person may violate it.

3.  Were the Police Unable to Control the Disturbances?

The Police have ample powers under section 29(3) of the Public Order and Security Act [Chapter 11:17] to control riots and are allowed to use such force as may be necessary for the purpose, though the force must be moderate and proportionate to the circumstances and cannot extend to killing.

Not only do the Police have ample legal powers to control riots, but they have the physical power as well, from well-equipped anti-riot squads to mobile water-cannons.

4.  Who Ordered or Authorised Soldiers to be on the Streets of Harare?

Section 37 of the Public Order and Security Act empowers the Minister of Defence, at the request of the Minister of Home Affairs and the Commissioner-General of Police, to authorise the Defence Forces to assist the Police in suppressing a civil commotion or disturbance.  This provision is unconstitutional however because section 213(1) of the Constitution states that only the President has power to authorise the deployment of the Defence Forces or determine their operational use.  The Constitution as the supreme law overrides section 37 of the Public Order and Security Act and renders it void.

Hence the presence of the soldiers on the streets of Harare on the 1st August, and anything they did there, would be legal only if the President himself had authorised their deployment.  And of course, as I have already pointed out, even the President could not have authorised them to kill demonstrators.

The President has neither admitted nor denied giving the authorisation.  If he did not, the soldiers should not have been there and anything they did to control the disturbances, even acts short of killing, would have been unlawful.

If the President gave the authorisation it was legal.  If someone else gave the order it was

illegal and in that case whoever  gave it needs to be identified and brought to book.

The rioting on the 1st August was bad but the killing of people was very much worse.  As Zimbabweans we need to know the truth so we can get on with the process of national healing, establishing national cohesion and international engagement.