This morning an important statutory instrument was published in a Government Gazette Extraordinary:  the Reserve Bank of Zimbabwe (Legal Tender) Regulations, 2019 (SI 142 of 2019). 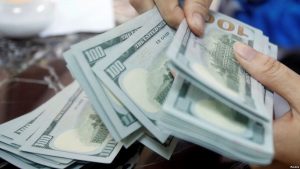 The instrument can be viewed on the Veritas website [link].

The effect of the instrument is that from today only RTGS dollars, whether in the form of bond notes or coins or electronic currency, are legal tender in Zimbabwe.  All other currencies ‒ the instrument specifically mentions US dollars, British pounds, South African Rands and Botswana Pula ‒ are no longer legal tender.

The instrument states that it is not intended to affect nostro FCA accounts and the use of foreign currency in those accounts to make payments overseas, nor does it affect the obligation to pay duties and taxes in foreign currency where required under the Customs and Excise Act and the Value Added Tax Act.

Effect of the SI

The SI is not so far-reaching as its makers perhaps intended.  As we pointed out in our Bill Watch 15 of the 21st March 2019:

“Legal tender” means a currency which, if offered in payment of a debt, discharges the debt unless the creditor and the debtor have specifically agreed otherwise.  So if a debtor owes a creditor $20, say, the debtor can normally repay the debt by offering $20 in RTGS dollars (because they are legal tender).  If however the parties have agreed that the debt should be repaid in US dollars, then the debtor must repay it in those dollars.  There is no law in Zimbabwe which invalidates a contract that stipulates payment in a foreign currency.  Similarly there is no law in Zimbabwe that requires prices to be marked up in legal tender or accounts to be drawn up in legal tender.

The new instrument does not specifically forbid contracts that require payments to be made or calculated in a foreign currency, so if shopkeepers mark their prices in US dollars, say, or insist on payment in that currency there is nothing to stop them doing so.

The instrument has all the hallmarks of a hastily concocted measure to stop the downward spiral of the RTGS dollar against other currencies.  Whether it will have any such effect remains to be seen.