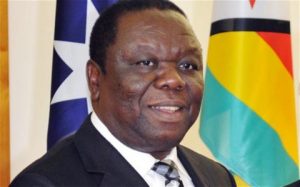 It is pleasing to note that the reinstated 2014 MDC-T structures seem to be finding common ground now regarding the Supreme Court judgement which suggested that an Extra-Ordinary Congress be held to elect a replacement for the late Dr. Richard Morgan Tsvangirai. From my following of events, two groups of the MDC-T 2014 structures have held Council meetings, and each of the groups rejects the other’s meeting as improperly constituted.

From my following of events, the whatsapp Council meeting called by the re-instated Secretary-General was considered illegitimate as many of the genuine members of the MDC-T 2014 National Council did not get invited to the meeting. Secondly, it is said not to have had a quorum, and was also allegedly attended by people who were not part of the 2014 structures. If that is true, then certainly that meeting, which is said to have passed the resolution to recall some Parliamentarians, is null and void, hence the decision to recall parliamentarians is null and void.

Then the bigger group of the 2014 MDC-T Council reportedly met on 21 May at Harvest House. The positive thing about this meeting is that all persons who were in the 2014 Council were invited, as confirmed by Senator Douglas Mwonzora. According to a response to the invitation by the reinstated Secretary-General, this meeting was also  improperly constituted as it was not called by the appropriate office, and therefore, in my view, is also null and void.

If the Supreme Court could nullify meeting decisions, the decisions taken at these two meetings may also be nullified, but on a positive note.

The way forward is for all parties concerned to cool down their tempers and start addressing facts. Let the person constitutionally responsible call the meeting, whether it’s a standing committee or council meeting, which should ask Senator Morgan Komichi why he usurped the chairmanship of the Party immediately after the Supreme Court ruled that the Party revert to its 2014 structures, when he was not the Chairperson. Senator Komichi must attend this meeting to answer for himself why he did so, and how he had known the outcome to the extent that he had even prepared a speech as Chairperson. Senator Mwonzora was a bit cleaver when asked by the media and shifted responsibility to Senator Komichi, saying the Chairman had said it all. But being a smart lawyer, he should have known that Senator Komichi was not the 2014 Chairman and should not have endorsed a stolen chairmanship. He too will have to explain himself to the meeting. As a card carrying member of the party, I will propose through the appropriate channels that the two be suspended from office for deliberately violating the Supreme Court ruling reinstating the 2014 Chairperson before he had had the opportunity to accept or reject reinstatement.

Secondly, that meeting should also take disciplinary measures on Senator Mwonzora for writing Parliament to recall parliamentarians, when no properly constituted meeting had been convened and made such a decision. This is a huge offence on the part of all those involved, and appropriate disciplinary action should be meted on them. All those involved in making such a crucial decision outside the formal structures should be suspended too, in my opinion, whatever position they hold.

That said, I reiterate the position that if the MDC-T was incapable of making decisions during the period from the death of the late Dr. Richard Tsvangirai up to 31 March 2020, the same MDC-T cannot claim results that were achieved by parties that legally registered as political parties and were accepted as such under Zimbabwean laws by both the Zimbabwe Elections Commission and the Parliament of Zimbabwe. The Supreme Court judgement only mandates the reinstated leadership to prepare for an Extra-Ordinary Congress, not to recall members of a different group which legally registered under the laws of the country.