Demonstrators hold placards as they chant slogans and wave Zimbabwe's national flags during a rally to denounce US and EU economic sanctions against Zimbabwe at the National Stadium, in the capital Harare, October 25, 2019. - Zimbabweans staged a mass protest on October 25, 2019 against sanctions imposed by the US and the European Union during the despotic rule of late ex-leader Robert Mugabe. President Emmerson Mnangagwa has been battling to re-engage with the West since Mugabe was ousted by the military in November 2017. (Photo by Jekesai NJIKIZANA / AFP) 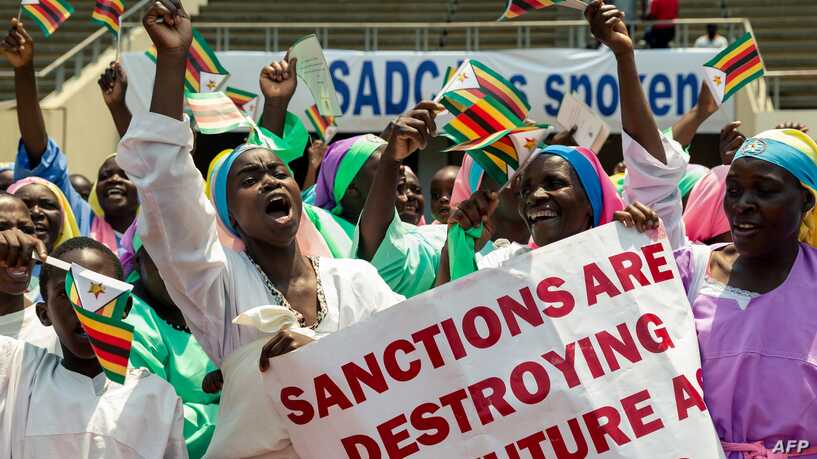