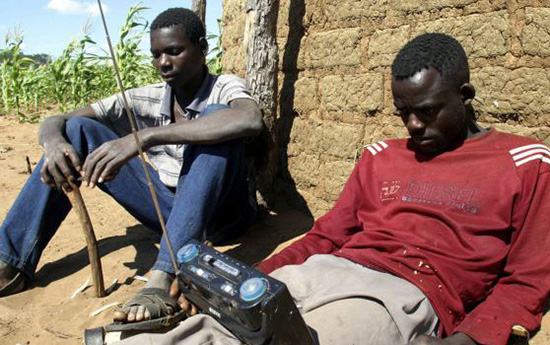 The Zimbabwe Human Rights NGO Forum (the Forum) and the Media Alliance of Zimbabwe (MAZ) are concerned with media reports to the effect that the station manager for Capitalk FM Radio has been suspended on allegations of approving an ‘unbalanced’ radio programme that the Forum sponsored at the station on the 25th of June. Capitalk FM is owned by Zimbabwe Newspapers Limited (Zimpapers), a state-controlled mass media company. The Forum hosted a radio programme to discuss the state of affairs in respect of torture in the country as part of commemorations of the United Nations International Day in Support of Victims of Torture, a day marked worldwide on 26 June annually.

Among the strategic objectives of the commemorations, the Forum intended to utilize the radio program to zero in on the prevalent cases of torture in Zimbabwe and to call for the ratification of the United Nations Convention against Torture and Other Cruel, Inhuman or Degrading Treatment or Punishment. Ms. Jestina Mukoko, the current Chairperson of the Forum, Mr. Wellington Nkau the National Transitional Justice Working Group (NTJWG) thematic leader on survivors and the Directors of the Forum’s members Zimbabwe Human Rights Association (ZimRights) and Counselling Services Unit, Mr. Dzikamai Bere and Dr. Frances Lovemore, respectively, were the panellists. The panellists were in various locations and were live on-air via telephone. The program was however disrupted in unclear circumstances. Being a sponsored program, we anticipated an immediate explanation from the station on the reasons for the termination of broadcasting services midway the program, but this did not happen.

The only other development pertaining this matter has been the media reports of the suspension of the station manager Mrs Nyaradzo Makombe-Hazangwi on account of the aborted show. In the same reports, Zimpapers CEO Mr. Pikirayi Deketeke is reported to have explained the suspension on the basis that the program lacked balance and that “allegations were being made without the other side being given an opportunity to defend themselves”.

The Forum places on record that this was a sponsored show, in which the Forum decided on the panellists. The show was discussing a topical human rights issue whose prevalence is a matter of public record. Torture is a crime in terms of both national and international law, there is no debate to that. In the case of Jestina Mukoko, a torture survivor, the Constitutional Court of Zimbabwe made a finding that the State violated her rights through its agents responsible for abducting and torturing her for weeks, and she was awarded damages. That account has long ceased to be allegations. Other panellists spoke of the policy aspects of torture, and the psychological impact of torture. Nothing unlawful or defamatory was said against anyone during the show. If such was said, the aggrieved reserves the right to either use media self-regulatory mechanisms or to approach the courts for appropriate relief.

It is against this background that The Forum and MAZ are disturbed by this reported suspension of the station manager. MAZ and The Forum view this as an attack on media freedoms and editorial independence, in violation of section 61 of the Constitution. The Constitution guarantees the right to information, journalistic freedoms and free expression.

The worrisome trend of the purging of journalists and media practitioners has become a threat to the right to freedom of expression and freedom of the media. The Forum and MAZ take note of similar events in 2018 leading to the purging of the then station manager of the same station, over a programme whose content the controllers of the station were reportedly uncomfortable with.

The Forum and MAZ believe that the suspension of Mrs. Makombe-Hazangwi is an ill-conceived tool to instil fear among media practitioners serving at State-controlled media organisations to the detriment of objective journalism. This conduct towards media practitioners is a danger to our democracy, as it has the potential to silence both citizens and media practitioners from engaging on issues affecting the country.

MAZ and the Forum thus remind the government of its responsibilities to protect journalists from persecution and reiterates its calls for media freedoms and an end to media censorship. Media houses and government alike, are duty-bound to abide by constitutional dictates. There must be room for professionalism, tolerance and respect for divergent views.

The Zimbabwean government should bear in mind the importance of media in a democratic society based on openness, justice, human dignity, equality and freedom. MAZ and the Forum further call for the immediate uplifting of the suspension of Mrs. Makombe-Hazangwi.