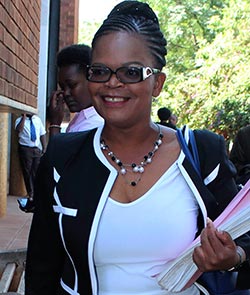 The International Bar Association and the International Bar Association’s Human Rights Institute (IBAHRI) are concerned by the recent arrest of prominent Zimbabwean investigative journalist Hopewell Chin’ono , following the publication of corruption allegations against Zimbabwe’s ruling elite. In a series of documents, Mr Chin’ono raised concerns that powerful individuals were profiting from multimillion-dollar deals of essential supplies to fight the COVID-19 pandemic. In addition, his lead lawyer Beatrice Mtetwa has endured harassment by Zimbabwean authorities for carrying out her professional duties.

IBA President Horacio Bernardes Neto said: ‘The rule of law must be paramount. Yet, at every turn, it is being flouted in Zimbabwe. The arrest of Mr Chin’ono is of great concern to the IBA. It is another example of increasing intolerance towards journalists and government critics in the country. Cynically designed to have a chilling effect on journalism, free speech and expression in Zimbabwe, international peers find the clampdown reprehensible. Further, the antics deployed to intimidate Ms Mtetwa from defending her client are absurd and have no place in a modern country with a self-assured leadership.’