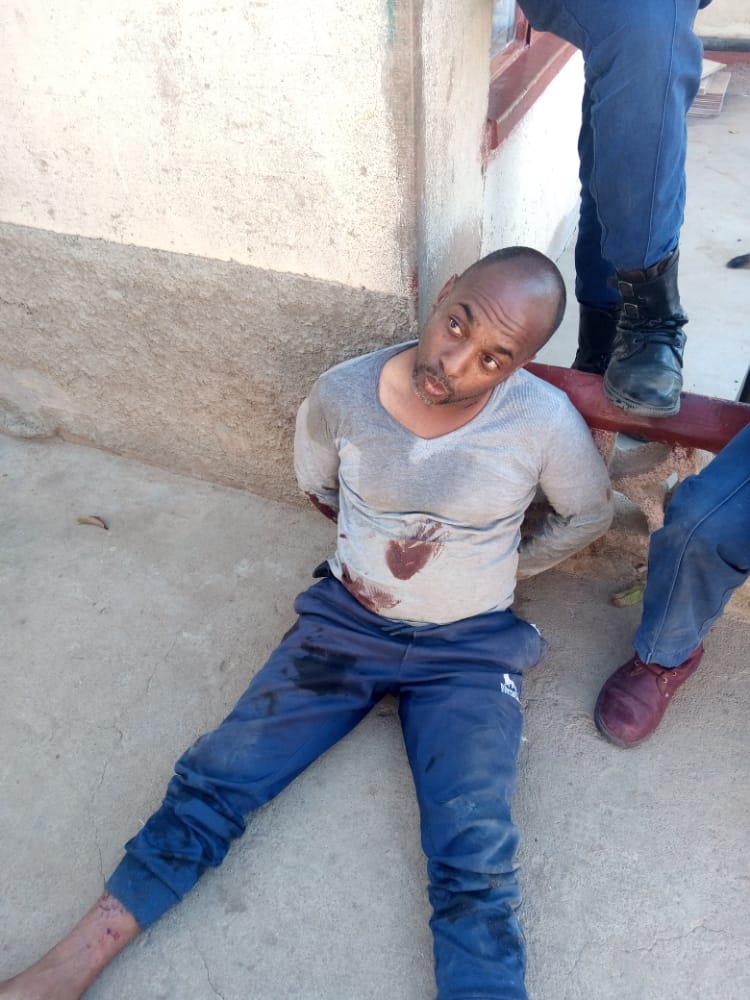 CIRCUMSTANCES:
On 24 August 2020 information was received to the effect that armed robbers who are wanted at CID Homicide , Harare for outstanding Armed robbery cases around Zimbabwe were spotted at Mashavire Shopping Centre Beitbridge.

Further interviews revealed that accused 6 is a former police officer who was stationed at Masvingo central Police Protection Unit and was dismissed from the organisation in 2016.

The recovered motor vehicle was searched in the data base and it is registered in the name of Westend Food world of 122 Mbuya Nehanda Street , Harare. It is not reported stolen. The recovered number plates were also checked in the data base and are registered in the name of Anesu Kudakwashe Kubara NR 63-564785 T 83 of 24 Muson Avenue Cotsworld Hills , Mabelreign Harare and its of a Mazda RX8 .It is also not reported stolen. CID Homicide Harare has been advised to come and escort the accused persons to Harare.

 To take the recovered firearms and ammunition for examination at Ballistics to match outstanding cases.
 To arrest outstanding accused persons.
 To recover the shotgun .
 To escort the accused persons Harare to appear in court

Your office will be appraised of any new developments.
CID Homicide Harare DR: /20 and others refer