Zimbabwean novelist Tsitsi Dangarembga holds a placard during an anti-corruption protest march along Borrowdale road, on July 31, 2020 in Harare. - Police in Zimbabwe arrested on July 31, 2020 internationally-aclaimed novelist Tsitsi Dangarembga as they enforced a ban on protests coinciding with the anniversary of President Emmerson Mnangagwa's election. Dangarembga, 61, was bundled into a police truck as she demonstrated in the upmarket Harare suburb of Borrowdale alongside another protester. (Photo by ZINYANGE AUNTONY / AFP) (Photo by ZINYANGE AUNTONY/AFP via Getty Images) 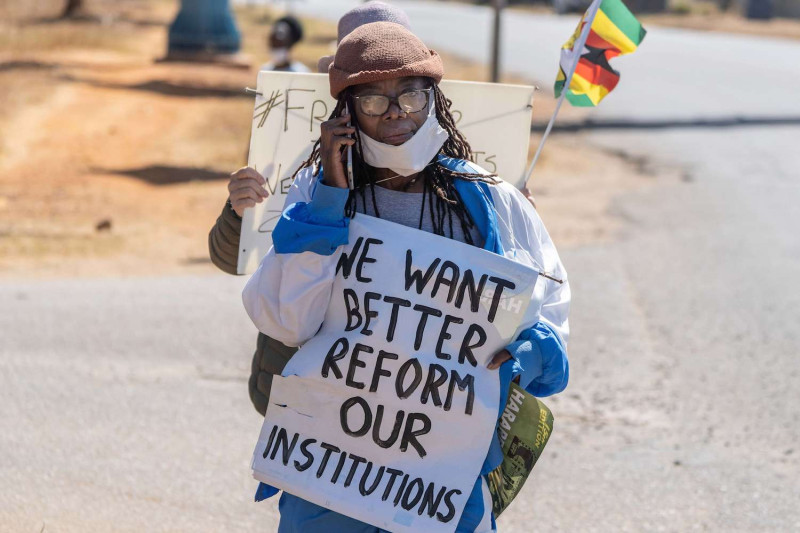