Zimbabwean journalist Hopewell Chin'ono arrives at the magistrate's courts in Harare, Saturday, Jan. 9, 2021. On Friday, Zimbabwe police arrested the prominent journalist for the third time in six months. Chin’ono posted on his Twitter account that police had picked him from his house and said they were charging him with “communicating falsehoods.” (AP Photo/Tsvangirayi Mukwazhi) 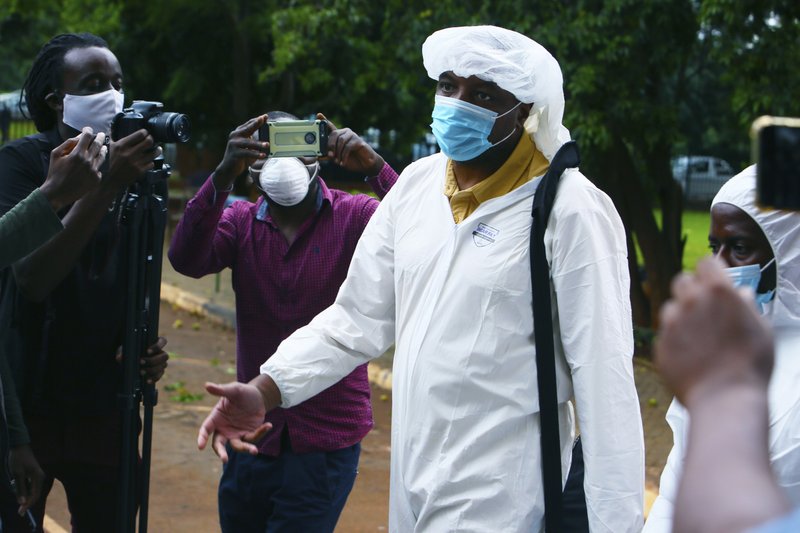