The person who was Oprah Winfrey's all time favorite guest, Tererai Trent, is seen with school children at Matau Primary School in Hurungwe, about 300 kilometres west of Harare, Zimbabwe, Friday Jan. 3, 2012. Trent grew up in a poverty stricken village in Zimbabwe, and received a donation of dollars 1.5 million U.S. (1.14 million euro) from U.S. TV personality Oprah Winfrey in order to build a school. Trent now lives in the USA, but has come to Hurungwe, in Zimbabwe to witness the progress of the school she is building. (AP Photo/Tsvangirayi Mukwazhi) 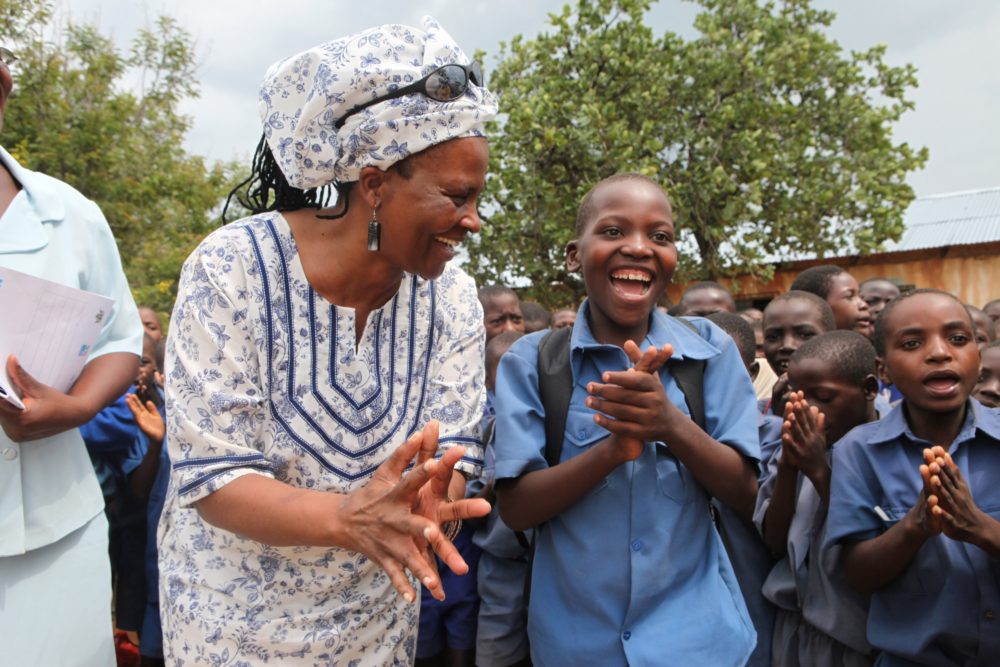