(FILES) In this file photo taken on August 17, 2010 Former and first Zambian president Kenneth Kaunda delivers a speech during the closing ceremony of the 30th Southern African Development Community (SADC) summit in Windhoek, Namibia. - Zambia's founding father and former president Kenneth Kaunda has been admitted to a Lusaka hospital, his office said on June 14, 2021. In a terse statement, it said Kaunda "has been unwell and was admitted in hospital at Maina Soko Medical Centre" but gave no further details. (Photo by STEPHANE DE SAKUTIN / AFP) 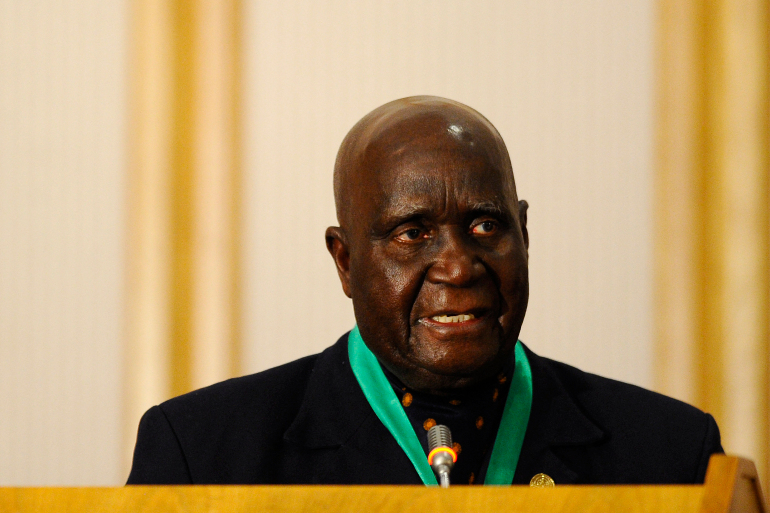