MARANGE-SOME parents in remote Marange are marrying off their young girls for reasons that include conforming with tradition or religion and desire to also receive dowry (lobola) Zimbabwe Lawyers for Human Rights (ZLHR) has been told by villagers. 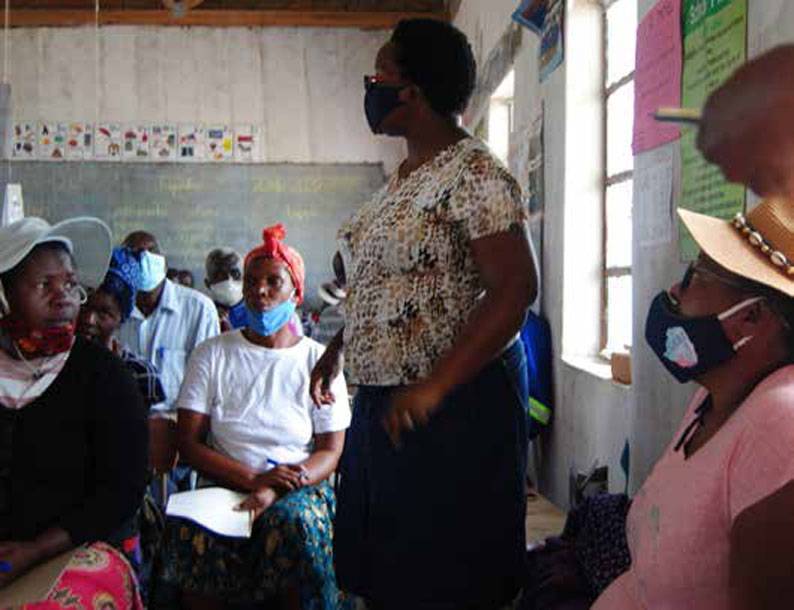 The sad reality being perpetuated by a stagnant religious and traditional belief system has seen girls drop out of school at a very young age, married off to older men and caused them to forgo potentially prosperous lives outside the forced unions.

According to deliberations at the mobile legal clinics organised by ZLHR and Zimbabwe Human Rights Commission (ZHRC), poverty has also been playing a central role in this unfortunate cycle. Some parents are choosing to marry off their daughters with the hope they get a better life from their husbands after failing to offer that themselves.“Given the poverty of some populations and the lack of schooling for girls, many parents give in to the pressure. When parents do not have enough money to raise their children or to ensure their schooling, marrying their children is often a tempting alternative,” said Peggy Tavagadza of ZLHR. “Extreme poverty may drive some parents to marry off the girl child to relieve the burden of supporting a large family and allow the married daughter to have “a better life” with a husband who has the means to look after her.

On top of the economic aspect, culture and religion also plays a decisive role. Parents send their daughters to be married as a result of wanting to conform to customs or out of necessity to receive the much-talked-about dowry,” said Tavagadza.In traditional societies and some religious sects in Marange, people think it is permissible for elderly men to marry young girls. Young girls are frequently pledged or forced to marry, although both pledging in marriage and forced marriage are criminal offences.ZLHR added that: “Parents are encouraged to marry their daughters off when they become pregnant prematurely.” Delegates at the meeting drawn from surrounding Torera, Taguta, Maponde, Chipiro, Dzoma, Chikuni and Nyamadzawo villages of Mafararikwa community in Manicaland province resolved to disseminate information on the illegality of marrying their daughters within other communities in the province.

They encouraged law enforcement agencies to also be vigilant in maintaining such laws in their areas while marriage officers were asked not to solemnise these unions.