HARARE – Zanu PF has signalled that by-elections to fill vacant parliamentary and municipal seats are imminent after making a call for the CVs of prospective candidates. 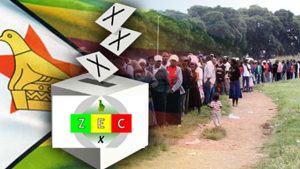 The Zimbabwe Electoral Commission (ZEC) indefinitely put by-elections on ice in the wake of the Covid-19 outbreak last year, brushing aside protests by the main opposition Movement for Democratic Change Alliance.

But in a circular dated July 2, Zanu PF has given the clearest signal yet that the by-elections are not far off.

Zanu PF’s acting political commissar Patrick Chinamasa gave the provincial structures until July 16 to submit names of applicants to the party headquarters “for vetting and approval.”

“In turn, the commissariat department will advise provinces on dates of the primary elections once the dates have been set,” Chinamasa wrote in the circular.

Chinamasa warned provincial structures that they have “no mandate to disqualify any aspiring candidate” and that “no primary elections should be held” without his authorisation.

Zanu PF’s by-election plans could be a signal that the government plans to ease restrictions on gatherings, which would be ZEC’s cue to order by-elections.

There are more than two dozen vacant seats in the National Assembly, most of the openings created by controversial recalls of MDC Alliance MPs by the MDC-T party.

There are more than 50 seats to be contested in local authorities, also triggered by recalls of MDC Alliance councillors.

MDC-T leader Douglas Mwonzora – accused of being a usurper and a Zanu PF puppet by the MDC Alliance – is alleged to have written to Mnangagwa urging him to cancel by-elections, claiming they would cause division in the country.

Mnangagwa is yet to respond.