Donata Katai is seen during a swimming practice session in Harare, Zimbabwe, Saturday, July 10, 2021. The southern African nation is sending the black swimmer to the Olympics, the first from her country to the Games. Seventeen-year-old Katai won African youth titles and broke youth records once held by two-time Olympic champion Kirsty Coventry, who is not only Zimbabwe's most successful swimmer but also Africa's most decorated Olympian.Tsvangirayi Mukwazhi/AP 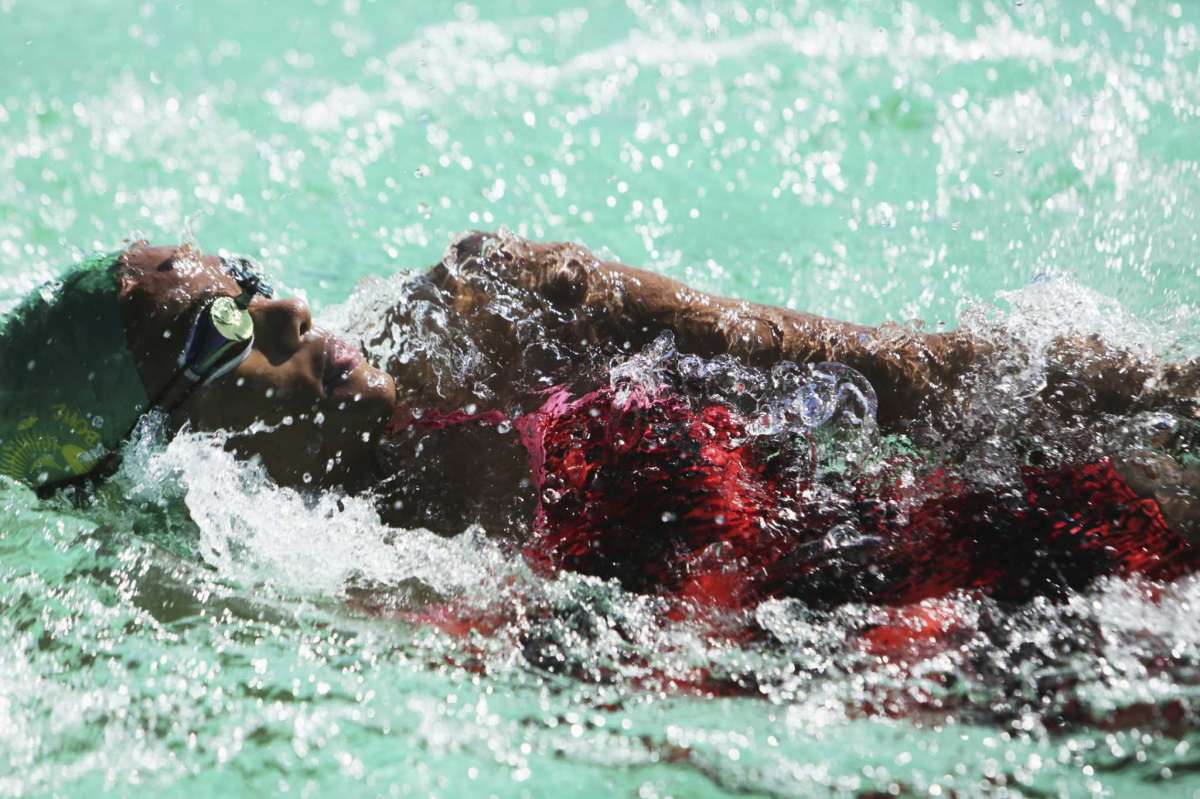