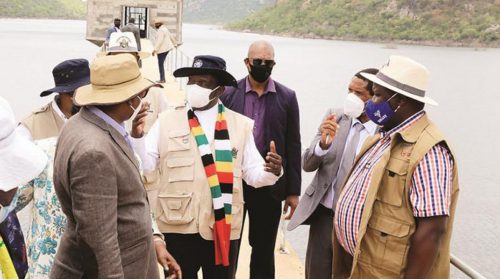 In a tweet on Tuesday evening, Charamba said President Emmerson Mnangagwa and his generation did not go to war so that they will hand over the country to Chamisa on a silver platter. Wrote Charamba:

Do you think these war veterans just wear overalls so that Chamisa can govern? Come on, revere God!!!! [laughing emoji]

It is not clear what prompted Charamba to make the remarks but MDC Alliance leaders have expressed optimism that the party can win elections in Zimbabwe following veteran Zambian opposition leader Hakainde Hichilema’s victory in the presidential election held on Thursday.

Hichilema, who Charamba labelled a sellout before his win, was contesting for the presidency for the sixth time.

Soon after the Electoral Commission of Zambia declared Hichilema the President-Elect, the MDC Alliance was quick to congratulate him, with the party’s Secretary for International Relations, Gladys Kudzaishe Hlatywayo, saying:

This election victory is a triumph for democracy in light of the growing authoritarian consolidation we have witnessed in countries such as Zimbabwe and Swaziland.

The UPND is our sister party and we have exchanged notes over the years to further the cause of democracy and good governance in our respective nations. We draw many lessons from the Zambian story.

This tweet by Mnangagwa’s spokesman George Charamba @Jamwanda2 is loaded with fear and intimidation!

Hardly an hour passes without Charamba or his surrogates reminding Zimbabweans who the REAL opposition leader is in Zimbabwe.

It also debunks the falsehood that Joji is smart!