The son of the late former Vice President Joshua Nkomo has said he is convinced that the government is not sincere about solving the Gukurahundi issue. 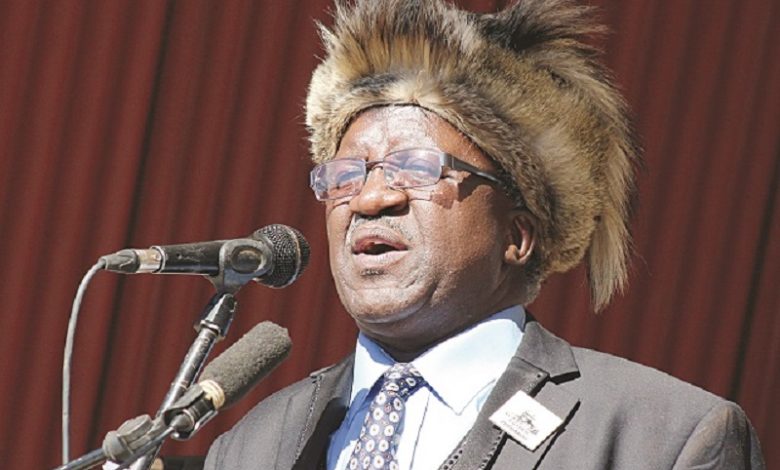 Sibangilizwe Nkomo speaks after President Emmerson Mnangagwa met with the National Council of Chiefs (NCC) at the State House in Bulawayo where a number of resolutions, including compensation for Gukurahundi survivors, were made. Pindula News presents Sibangalizwe’s statement.

Following the meeting between the Head of State Mr Emmerson Dambudzo Mnangagwa and Traditional Leaders on the 21st of August 2021, I am convinced more than ever that the Government of Zimbabwe is not sincere about solving the issue of Gukurahundl. This Is because I strongly feel the process is fundamentally flawed for the following reasons:

2. Gukurahundi was initially a genocide aimed at purging ZAPU members, leaders and sympathizers. By extension, Gukurahundi, was an ethnic cleansing of the people of Matabeleland for their allegiance to ZAPU. As a result, any engagement and resolution that is made without the involvement of ZAPU, the primary victim, must not be taken seriously as it is fundamentally flawed.

3. Chapter 15 of the 2013 Constitution recognizes the role of Traditional Leaders whose primary role is to perform cultural, customary and traditional functions. In the case of Gukurahundi, this institution has no capacity to lead in resolving a genocide. The Chiefs must be but part of the many stakeholders who must play a role In solving this issue. All the chiefs whose areas were affected by Gukurahundi form a part of the broader stakeholders. Chiefs from other regions must not be part of the process unless they are coming to apologize to specific families on behalf of their subjects. Spearheading the process of resolving a genocide is way beyond the institution of Traditional Leadership.

4. The National Council of Chiefs highlighted 8 key issues that must be solved. What is astounding about the key issues is that they leave out the basic key issues. There is no mention of Accountability and Justice. This renders the entire process incomplete and startling at the end. The resolution of Gukurahundi must not be about birth and death certificates or even reburials. These can be done but premised on a serious quest for Justice and Accountability. Without these, the genocide will still be unresolved. Missing in the key issues is an acknowledgement and apology. There is no way people can be expected to move on in the absence of an apology from the perpetrator.

• Es.blish why Gukurahundi happened, who was involved and what exactly happened

• Investigate what happened to previous reports

• Identify all the victims, the dead, the living and the disappeared

• Develop a mechanism of calculating compensation for the victims

• Make sure that the State acknowledges Gukurahundi and apologizes for it

6. The NPRC that was established by government must focus on other things and not come anywhere near Gukurahundi. This is because some of the commissioners are self-confessed ZANU PF members. It is common knowledge that ZANU PF is a serious player in the genocide and none of Its members can be impartial. In any case, the NPRC Spokesperson confirmed that Gukurahundi is not a priority for the commission. I thus want to call on our Chiefs to do right when it comes to resolving this issue. They must stand on the right side of history. They must not find themselves helping a murderer to cover his tracks and to escape the jaws of justice. Future generations will judge them harshly. They must not betray our people both dead and alive.

Gukurahundi can be resolved. What Mr Mnangagwa lacks is political resolve and will to do so. All these meetings are sideshows to hoodwink our people into believing that something is being done to resolve the genocide. I have never thought it possible that a government of perpetrators can subject itself to a process that seeks to resolve a genocide. Our people must not take Mr Mnangagwa seriously when he promises to solve this issue as he is heavily involved in the killing of our people. Four years into his presidency he is still evasive when Gukurahundi is one of the major things impeding National Coexistence.