The South African authorities must do more to protect migrants in Diepsloot, Johannesburg, who have repeatedly suffered from violent attacks by anti-migrant vigilante groups, Amnesty International said today following deadly unrest over the past week that has led to seven deaths in the area. 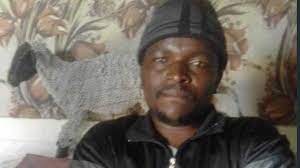 Migrants in Diepsloot, located in the north of Johannesburg, told Amnesty International that they are living in constant fear and that they are being made scapegoats for rising levels of crime and unemployment in the area.

South African President Cyril Ramaphosa has acknowledged the violence against migrants, especially Zimbabwean nationals, by anti-migrant “vigilante” groups comprised of non-state actors operating outside of the law, who claim to be ridding communities of crime. According to the government, at least seven people have lost their lives at the hands of these vigilante groups.

“The killings that have occurred in Diepsloot over recent days are not isolated incidents These attacks represent just the latest wave in a rising tide of violence against migrants in South Africa,” said Shenilla Mohamed, Executive Director of Amnesty International South Africa.

“These assaults mirror the heavily-orchestrated, anti-migrant attacks we have seen recently in Soweto and Hillbrow over recent months. This ongoing violence also highlights the inaction of police and a lack of political will within government to address the problem. In each case, the deaths of locals and migrants were entirely preventable.”

Five South Africans and two foreign nationals were killed in Diepsloot over the past week, according to the authorities, after attacks and counter-attacks by non-state actors involved. In one incident, a Zimbabwean national, Elvis Nyathi, was burned to death after he failed to present proof of his identity to vigilante groups who demanded to see it. It remains unclear whether anyone has been arrested over his murder.

President Ramaphosa has pledged to boost police capacity to respond to crime around the country, and urged South Africans not to resort to violence, intimidation and extra-judicial attacks against foreign nationals.

Migrants from Zimbabwe and Mozambique told Amnesty International they are terrified of living in Diesploot. The migrants say they feel unsafe in South Africa and face constant harassment from both the police and anti-migrant vigilante groups, who unlawfully demand to see their identity documents.

Joyce Mpofu*, a Zimbabwean mother of two, arrived in South Africa in 2010 and lives in Diepsloot, where she sells vegetables on the street. She told Amnesty International that the past week has been traumatizing. She could only survive by locking herself and her two children in her shack to avoid the violence inflicted against migrants. She said: “We are terrified, and we live in constant fear and we don’t know what to do. We are afraid to live here and we don’t feel safe anymore.”

Mpofu and other migrants have appealed to President Ramaphosa, asking him to guarantee their safety and offer proper documentation after their special residence permits expired at the end of 2021. She said: “President Ramaphosa must organize permits [identity documents] for us, so that we can live [freely], because we are working for ourselves and our children who are at school. We cannot go back to Zimbabwe because we cannot survive hunger.”

Another Zimbabwean woman, whose special dispensation residence permit has also expired, who is also a street vendor and has lived in South Africa since 2004, said: “I am no longer free to live here. We no longer work well because we live in fear of what will happen to us next.”

Another said: “I feel pained by what is happening [to us] here, because when I crossed the border to come here, I was coming to work for myself. As you can see, I am selling [vegetables]. I don’t know how to steal. They cannot paint us all with the same brush, of being criminals.”

Salvador Valoyi*, a Mozambican national, said: “It’s painful because they [anti-migrant vigilante groups] see us [as] criminals in this country, when we are trying to make an honest living. We are working for our families here. I did not just wake up one day and decide to leave Mozambique. I left because the situation is tough there and I wanted to work for my family and provide for them. I am not a criminal.”

“The fact that President Ramaphosa has condemned the recent killings is a welcome development. He must now take concrete steps to protect migrants, refugees and locals from vigilante groups and ensure that the perpetrators of these heinous crimes face justice,” said Shenilla Mohamed.

Migrants from Zimbabwe, many who have been living and working in South Africa for years under previously granted special dispensation residence permits, have fallen into an irregular migration status due to governmental capitulation to anti-migrant sentiment in late 2021 through a decision to suddenly refuse renewal of these permits. Now living in precarious and uncertain conditions, these people have been repeatedly targeted by  violent non-state actors, known as “vigilante groups”, due to deteriorating economic conditions in the country.

The vigilante groups who are orchestrating the violence against migrants have used hashtags such as #OperationDudula and #PutSouthAfricaFirst and have been targeting Zimbabweans and others whose special dispensation residence permits have lapsed. Though the government later reversed that decision and has given Zimbabweans until the end of 2022 to stay in the country while they regularise their status through visa applications, the lack of regular status has made people even more vulnerable to attacks.   In Diepsloot, violent attacks against migrants erupted on 3 April 2022.

In February 2022, similar attacks took place in Soweto, a township in the south of Johannesburg, and Hillbrow, a central business district in the city. Although police were present during these assaults, they failed to respond appropriately.