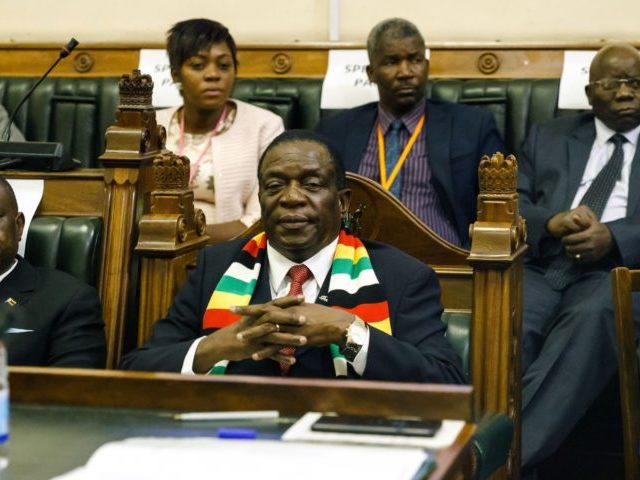 Not so long ago, I wrote to you regarding the incident in Gokwe where a Zanu PF official who I have now been able to identify by his second name Nyandoro, who is also the Councillor for ward 11 in Nemangwe addressed a rally and told people that he had received an order which originated from you to intimidate people in the area so that they vote for you and Zanu PF in the 2023 elections. One expects you should have issued a public statement against such behaviour if you did not originate the order as claimed by Nyandoro. If you issued any statement condemning Nyandoro, I missed it and would like to apologise for thinking that you did not make any public statement.

The Gokwe incident has been followed by several other incidents which you, as President of Zanu PF and as President of the country could have blamed. One incident was when Justice Minister Ziyambi Ziyambi stated that Zanu PF, not the Zimbabwe Elections Commission, was going to lead the delimitation exercise. For Zanu PF to lead the delimitation process is illegal, and as you are the leader of Zanu PF, the public would have expected you to clarify issues.

Another incident similar to the Gokwe incident of intimidating and threatening the electorate was witnessed in Chief Mapiravana’s area in Mberengwa North, where Abton Mashayanyika, known by the nickname of Bhito and an official of Zanu PF, addressed a Zanu PF rally and said Zanu PF wants to kill Advocate Chamisa. I have attached a video of the incident for you to see. I hope the police will be swift to arrest Mashayanyika for inciting violence. If Job Sikhala can be arrested for saying the killers of Moreblessing Ali should be brought to book, and if not Moreblessing’s avenging spirit will deal with the culprits, Mashayanyika deserves to be arrested too.

You should be firm, dear President, on the Zanu PF officials and supporters who are intimidating, harassing and killing people across the country. If you remain silent, we seem to be seeing a repeat of the 2008 presidential election re-run campaign period, where you forced an election re-run when the late Morgan Tsvangirai had won a clear majority. The late President Mugabe had conceded defeat as hinted by your very self, and confirmed by Nyandoro, the Councillor for ward 11 in Nemangwe, Gokwe.

These things tarnish your image across the world, my dear President. It is not too late for you to tell your officials and supporters to resort to a fair campaign in order to have a credible election in 2023. It is my hope that SADC, the African Union and the United Nations, bodies to which Zimbabwe belongs, and have an interest in what obtains in Zimbabwe, will advise you accordingly.