Despite legislative attempts to curb drinking, Zimbabwe is still facing its greatest threat from alcohol abuse. 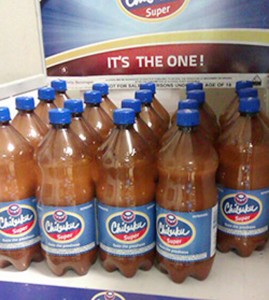 Calamities associated with excessive intoxication â€“ dementia, seizures, liver disease and early deathÂ  have-Â  done little to deter users.
Not even confirmed reports by the Ministry of Health and government agencies such as the National Aids Council (NAC) that illicit brewers have been turning to lethal embalming fluid used in mortuaries have cut the rate of abuse.
â€œPatrons want to spend as little as possible but drink as much as they can, so they opt for cheap illicit brews, especially spirits,â€ says Nduna Kama, who brews home-made alcohol in the sprawling Mbare slums in Harare.

Dead rats
According to Kama, those who brew illicit alcohol also spend as little as possible â€œin time and money but produce as much alcohol as they canâ€, while chemicals used in the mortuary speed up the production process, â€œso we are able to produce a lot of alcohol in a very short time.â€
A series of police raids in these dens have found womenâ€™s underwear and dead rats in the brew. According to figures from the Zimbabwe Revenue Authority, excise duty on fuel, alcohol and airtime surpassed the first quarter target by 21% after the tax authorities collected $346,2 million against an expectation of $285 million.
â€œPatrons lock themselves up in pubs and drink during curfews or they buy the alcohol and drink in their homes, exposing their children to alcohol from a very young age,â€ says Dave Gonye, a bar owner in Harareâ€™s downtown area.
A Zimbabwe National Statistics Agency report released recently at a workshop to disseminate the Zimbabwe Multiple Indicator Cluster Survey (MICS) for Matabeleland North Province, showed that people from Bulawayo Province are the biggest drinkers of alcohol in the country.

Young adults
With the availability of non-returnable bottles and cans, it has never been easier to carry alcohol to the home.Â  Teenagers between 14-17 years of age are having two alcoholic beverages per sitting.
Government statistics also show that alcohol and drug abuse is highest among young adults aged 15 to 29 years and lowest among adults of 65 years and older.
Under-age and rural children have not been spared. According to NAC, rural children are more likely to have consumed traditional liquor than urban children.
Norman Jesinawo, coordinator of Munharaunda Edutainment Trust and a recovered alcoholic, told The Zimbabwean that â€œexcessive drinking is often viewed as a passing problem until it really gets out of hand, at which point most families hide the issue due to shame.â€
He said there was a great need to address â€œalcoholism and to stop justifying the behaviour of an alcoholic.â€