Lawyer Beatrice Mtetwa has called for all lawyers to be allowed to go to jail for the purposes of understanding what happens to victims when they are unable to get off. She made these remarks appearing on TV Show, Tonight with Zororo. â€œOnce you have been, you try much harderâ€, Mtetwa who has been arrested in the past said. 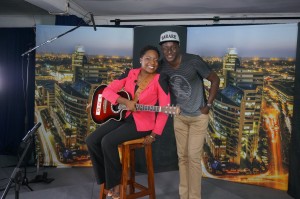 â€œI was allowed to be a lawyer, and I had queue of women who needed legal representation, and I was able to follow up on their cases when I got outâ€ recalling her 8 night stay in prison. Mtetwa is internationally recognized for her defense of journalists and press freedom. She credits her prominence to taking cases that most smart lawyers wouldnâ€™t.
The episode also focused on the number of foreign products and uncertified goods making their way onto the shelves of Zimbabwean stores. Dr Ester Tumbare said people arenâ€™t aware of what is going into their bodies and they should actively checking what is going into the product. She also encouraged manufactures to be honest and forthcoming about what has been put in.
In Zimbabwe there have been reports of farmerâ€™s injecting ARVs into chickens to make them grow faster. â€œSome products are being brought in without the knowledge of the regulator. Products must be verified by the Standards Association of Zimbabwe. If it hasnâ€™t been, we should question why it hasnâ€™t been through this processâ€, said Tumbare. Tariro neGitare closed out the episode performing Wildfire on the Coca-Cola soundstage.
Episode 6 of Tonight with Zororo comes on the heels after host, Zororo Makamba won in the Best Male Achiever category at the recently ended Zimbabwe Youth Achievers Awards, held in Dallas, Texas. The inaugural awards honoured youthâ€™s in the diaspora and in Zimbabwe.