Industry Minister Mike Bimha has backtracked on his position that the government is still engaging Indian steel manufacturing conglomerate Essar Africa Holdings over the stalled Zisco deal and admitted that the talks have irrevocably crumbled. 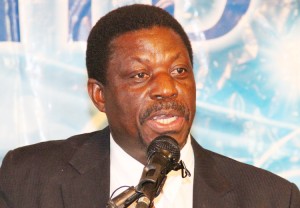 In recent months, the minister has been assuring the nation that the $750 million deal for the revival of Zisco Steel was still intact, despite lengthy delays in the implementation. But he told a conference organised by various stakeholders in the city over the weekend that the deal had effectively collapsed. Government is now looking for a new investor to take over operations at the countryâ€™s sole iron manufacturing firm.
â€œWe are now looking for a new investor with deep pockets to enter into another deal that can see revival of Zisco. I am also taking the matter seriously because if Zisco actually fails to come back to life, I may lose my job because it forms the core of my brief,â€ said Bimha.
He admitted that government had failed to meet conditions set by Essar ,but claimed the fall of metal prices on global markets had also frustrated the Indians and affected their commitment to â€œsoldier on in the talks.â€
â€œI think the investor was put off by the prices of iron, which have fallen the world over. I know he was also unhappy with the conditions of the deal we did not fulfil. But we will go ahead and look for another one. Zisco should come back to life as a matter of urgency,â€ said Bimha.
Sources say Essar had resolved to overlook obstacles that earlier stalled the deal, like transfer of iron ore claims and the take-over of nearby Munyati power station for purposes of uninterrupted, until details of governmentâ€™s debts to foreign firms emerged. These included the $50 million debt to one of Chinaâ€™s largest steel companies, Shougang Corporation, for the upgrade of Ziscosteel blast furnace four, which was completed in 1998.
Shougang was understood to have requested that government hand over the iron smelter to them in lieu of the debt. The Indians are also understood to have got details on the move by German bank Kreditanstalt Fur Wiederaufbau (KfW) to claim its debt of $187 million as of May 2014. Ziscosteel borrowed the money in 1998 through government, which is the major shareholder of the once vibrant company that employed thousands and produced over 1 million tons of steel every year.