It is commendable and rather surprising that someone in authority has admitted that Zimbabwe is at least 20 years behind. 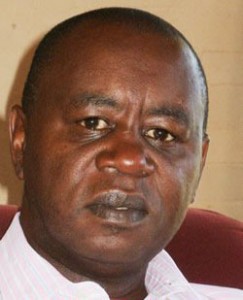 I think 35 years, if not more, is a better estimate, but thatâ€™s beside the point. The fact of the matter is that Zimbabwe has regressed under the watch of the likes of our VP and his boss Robert Mugabe.
It is clear therefore that, regardless of the cause of this failure, we need to change the approach to our economic development policies as a country.
It is a pity the VP saw it fit to blame sanctions, but what could he really say – otherwise he would be in trouble for admitting that itâ€™s really all about a leadership crisis, legitimacy, corruption and the lack ofÂ  an inclusive solid vision for our nation since independence.
That having been said, I doubt the Zanu (PF) leadership is ignorant on what our fundamental problems are. They have to pretend and sing the sanctions-imperialist line according to the hymn book they have been given by their master – for he will brook no dissent. Itâ€™s a sad spectacle of grown men who must continually blame the West or the past as if they had nothing to do with it. I pity their fate.

Obamaâ€™s statement
Obama made a clear statement; leaders who complain and make excuses that if they leave things will fall apart have in fact failed to lead. It is a clear admission of failure therefore, to say that without a particular leader our country would fall apart. Nothing can be further from the truth.
Secondly analyst Ken Yamatomo also has some lessons for us; a new Zimbabwe cannot be created by those who are rooted in the activist paradigm of the 70â€™s. It needs fresh brains, high energy levels and busy hands to create the Zimbabwe we want.
This is what I have been saying all the time that the problems faced by Zimbabwe can never be solved at the same level of thinking and by the very people who created them. ZANU (PF) is therefore not the solution to our problems, they created them.
We are still carrying too much baggage from the past, and the fallacy that only those involved in the struggle are entitled to lead will continue to arrest our potential while excluding many who have the skills and competence to take us forward. Zimbabweans of all shapes and sizes certainly have the ability and competencies to transform our country into a modern democratic state with a vibrant economy – if only we could embrace a new paradigm of inclusive politics.

Everything to lose
This of course is not about to happen because predatory regimes always hold onto power. They do so, not because they truly believe that they are the best, but because they need to protect their vested economic interests – nothing else. Any change is seen as a threat that is likely to disempower them. They will fight to the death for political power because they have everything to lose.
In fact, as I said last week, they are the worst cowards who will even resort to violence and the use of state resources and the infamous security agents if necessary to protect their turf.
Unfortunately the looting machine created over years of patronage and corruption will not be dismantled by free and fair elections. Unless the predatory class has something to gain from change, they will always resist that change. Our challenge is to find the best route forward â€“ and our options are quite limited.

What do we do?
We have only one option and that is to unite against tyranny and challenge the status quo so that it may change. This requires a massive effort to build a new vision for the Zimbabwe we want. Fragmented opposition party politics is not working.
I therefore want to propose a Mujuru-Tsvangirai partnership once more. These two bring political capital and the necessary numbers to create urgency for substantive changes. Despite Mujuruâ€™s past, I think we can benefit from her political capital and despite the 2008 and 2013 bungling by Tsvangirai, he still remains hugely popular. A combination of these two could indeed have a fundamental impact on the future.
I sincerely hope that, since it has now come out that the accusations against Mujuru were manufactured, something we knew about anyway, she does not consider hurrying back into Zanu (PF). For me, that would be the end of her prospects of shaping a new legacy. Tsvangirai must also be smart and embrace what could be his last opportunity to be part of a new dispensation.
We will find that the resistance against such a partnership by some is not because it does not make sense, but because of vested personal interests. People in politics donâ€™t do deals for the country, they do deals to secure their narrow personal interests and to position themselves to benefit. That is not about to change.
Those is Zanu (PF) know that this would be a formidable move so they will do all they can to discourage it while some in the MDC-T might be scared of losing their influence and positions and will also discourage it.
At the rate at which things are deteriorating I really donâ€™t think we can wait until 2018. I urge Zimbabweans to stop looking at the past and rather consider a better future. If these two can create that window of opportunity for us to a better future why should we jump at the opportunity?Â  – Vince Musewe is an economist and author based in Harare. You may contact him on [email protected]