Former CAPS United winger Alois Bunjira is convinced the Harare giants will be stronger for the remainder of the season amid fears that their mid-season overhaul could disrupt momentum. 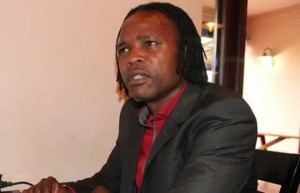 CAPS brought in Method Mwanjali, Justice Jangano, Dominic Chungwa, Zambian Michael Mwenya, and Pedro Antonio of Equatorial Guinea as part of efforts to strengthen the side after Harare businessman Farai Jere took as majority shareholder.
Notable departures have included Rodrick Mutuma and Leonard Fiyado, so Coach Mark Mathe will need to readjust and work on new combinations – given that several of the new acquisitions would expect to start.
The re-adjustment period started on the wrong foot with CAPS United losing 1-0 to Harare City last week and there could be more bad news this coming week.
Bunjira said: â€œThe new acquisitions will make the team stronger, no doubt. These are experienced players with a lot of quality. They will certainly improve the team.Â  Of course the coach will need a bit of time to work on the combinations and it is good that we have the Chibuku Cup games this weekend, which will give the coach more time to look at how the new players can fit in.
â€œThis will also allow them more time to settle in. But I have no doubt that we will be stronger than before because we have added some really good players.â€
CAPS lie seventh on the log standings with 25 points from 17 matches. With just one win in their last five matches, coach Mathe has to find the winning formula soon enough if his team is to stay clear of the relegation places.