Thirty-five years after gaining independence, we need to find a new framework for defining our heroes and heroines. 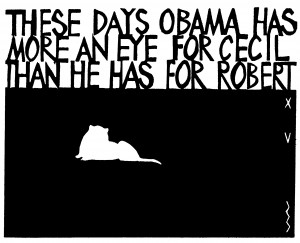 On Monday, Zimbabwe commemorated its fallen heroes as a way of acknowledging their contribution to fighting for freedom from colonial rule.
It is clear that these commemorations have become an empty ritual because, for many reasons, Zimbabweans largely disagree with the criteria an evidently partisan Zanu (PF) party is using to decide who goes to Heroes Acre and who does not.
While some of the people who are interred at the national shrine are undisputed heroes of the war of liberation, having made brave and unselfish sacrifices to unshackle our country, there is also a big number whose selection attracted a lot of controversy. Similarly, there are so many others who were denied hero status because of the partisanship and vindictiveness of an elite clique in Zanu (PF). The heroes are supposed to be national, in which case they must be chosen by the government rather than a single party. Yet hat has never happened.
Given all the controversy that has surrounded the choice of those who lie at the national shrine, we must come up with a new, relevant and fair way of choosing our heroes as a way of restoring the dignity of the shrine.
The first thing that needs to be done is to move away from the tendency of limiting the definition of a hero to people who only participated in the armed struggle. That can be retained, but there must also be recognition of individuals who have made remarkable contributions in others spheres.
Perhaps the only individual who was honoured without having participated in the anti-colonial war is the late Jairos Jiri, a renowned philanthropist. Yet we can add to the list people who have made outstanding contributions in the economic, religious, social and other spheres. These would include people who have worked selflessly to stabilise the economy and made far-reaching inventions and discoveries.
Sacrifices and meaningful contributions by citizens must not be limited to a particular phase of history.Â  By broadening the criteria, government would also be encouraging activities and efforts that make life for Zimbabweans better and more bearable. Who would not want to go down in history as having made significant contributions to humanity?
Besides, shifting from a purely partisan and political method of choosing heroes would ensure objectivity, fairness and credibility. In this case, a national, independent committee would have to be established to determine hero status after broad consultations.