The official threat to stop funding for political parties is as weird as it is futile. 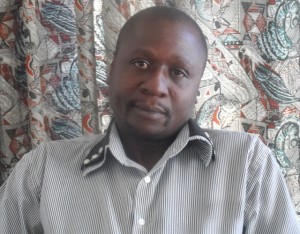 Last week, George Charamba, the presidential spokesperson who also seems to be spinning for the Zanu (PF) government, waxed lyrical about MDC-T impunity in seeking donor funding for its operations.
Using his fertile imagination, Charamba said government would seriously consider whether it should keep the provision in the Political Parties (Finance) Act that provides for opposition and ruling party funding. His angry reaction was based on an MDC-T trip to Europe where a delegation led by the secretary general, Douglas Mwonzora, met with various government representatives, in addition to the party structures in the diaspora. Of course, there was nothing in those trips that showed that MDC-T was going to be handed bag loads of cash by European governments.

Foreign trips
His over-reaction reeks of hypocrisy and arrogance. Clearly, what is good for the goose is not also good for the gander.
Zanu (PF) is guilty of the very political sin for which it is trying to blame MDC-T. For a start, I will focus on the issue of foreign trips by political parties. There is no direct or natural link between an outside trip by a political party and begging for or bagging funding. There is a very fresh example to illustrate my point.
Recently, Emmerson Mnangagwa, the Zanu (PF) co-vice president, went to China at the invitation of the Communist Party of China. Fundamentally, that was a party trip that, unfortunately, Mnangagwa mixed up with government business. I didnâ€™t hear Charamba rail about that trip. Why didnâ€™t he complain that Mnangagwa was going to get money to fund Zanu (PF)? Does the game change because Zanu (PF) is involved?
In any case, why should there be such a hullabaloo about foreign funding now? The way Charamba spoke, it is as though Zanu (PF) has never received foreign money. Yet we all know that, in the run-up to the 2013 general elections, the ruling party received containers and containers of party regalia worth several millions of dollars.
At the time, Zanu (PF) spin-doctors made a telling revelation. They said President Robert Mugabe had sourced the regalia with the help of his friends. It would always be bizarre to think or assume that â€œfriendsâ€ means Zanu (PF) members. We know his friends are from the East, so that is where the regalia came from.

Poll rigging strategists
The regalia, by the way, was not the only donation that Zanu (PF) received from China during the election period. Chinese army commanders and political experts as well as poll rigging strategists were part of the parcel. Add to that the reported tens of millions of dollars that Beijing is reported to have favoured the party with. The result, of course, was the â€œlandslide victoryâ€ that Zanu (PF) is still finding hard to come to terms with – considering its limping fortunes then, now and ever before.
But China is not the only country that has given money to Zanu (PF), particularly during election time. Mugabe and his party received more than $80 million from Equatorial Guinea, a more or less similar amount from President Joseph Kabila of the DRC, and some say truckloads of the greenback from underworld dealers who made a fortune out of the Marange diamonds – or still hoped to do so after the elections.
Other reported shady donors include international hustlers wanting land, minerals and other resources from Zimbabwe â€“ whose contributions undoubtedly used laundered money.
So if there is any reason why political funding must be withdrawn, it is because Zanu (PF) has been busy violating the provisions of theÂ  political party funding legistlation. By saying all this, I am not implying that MDC-T has not or will not receive funding from outside. If it has been doing that or intends to do so in the future, government investigation units are the ones that must do their work and provide the evidence.
The investigators must not limit their attention to MDC-T, but also do thorough work on Zanu (PF). Outside that, Charamba must just zip up. – To comment on this article, please contact [email protected]