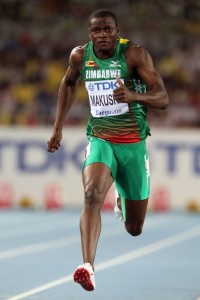 Two of Zimbabweâ€™s biggest Africa Games medal prospects â€“ Ngonidzashe Makusha and Gabriel Mvumvure, have withdrawn from the team for next monthâ€™s Africa Games, slated for Congo-Brazzaville, citing injuries.
The deputy Chef de Mission for the Africa Games, formerly known as the All Africa Games, Kathy Lobb, confirmed that the USA-based duo had already informed the Zimbabwe Olympic Committee that they were unable to make it for the games due to injuries.
â€œInitially, Ngoni and Gabriel had indicated they were coming for the games. But they have just informed me that they will not be able to do so. Itâ€™s unfortunate that we have lost two medals we were confident of getting,â€ said Lobb.
Makusha finished fourth at the 2008 Olympic Games in Beijing, China, but has since then made limited competition appearances due to persistent injuries. Once a regular participant in the Diamond League, he has not been seen at the games for some time.
Makusha is considered the second top long jumper in Africa, behind South Africaâ€™s Kgotso Mokoena, who beat him by a centimetre at the Beijing Games for a bronze medal.
Sprinter Mumvure is the top short distance runner in the country and made it to the second round of the 100 metres at the 2012 London Olympic Games. He is however, yet to make the sort of impact expected of him. Lobb still hope the star duo would recover in time for the 2016 Olympic Games, to be held in Rio de Janeiro, Brazil.