Mugabe is one guy who doesnâ€™t understand the intricacy of the scheme of things in Zimbabwe nor how the economy must and should function. 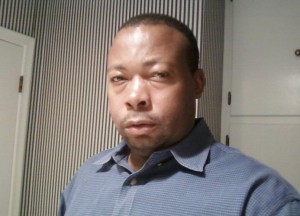 There is not a single thing which he has done right. Maybe the only thing he understands and do is to speak English well, a foreign language belonging to a people he loves and admire, but fakes to passionately hate. With the exiting of the Commonwealth, and all the cursing and denigrating that went with it, anyone would have thought right that the fella would never use the language of the Queen again. Alas, how he love to speak using it.

Gideon Gono truly and completely disillusioned this chap into believing that we are in an extraordinary situation and we need extraordinary solutions. Mugabe then takes this notion as a maxim to apply to every instance indiscriminately. When oneâ€™s only tool is a hammer, then every problem resembles a nail, hit it hard. Not even a pinch of shrewdness in handling the economy has been exhibited during Mugabeâ€™s tenure of leadership.

Mugabe has snubbed all the principles of sound economics, fair elections and good governance all for his mere political survival. There is nothing else that mattered or matters to Mugabe expect him ruling until he dies. Up to this point Mugabe has shown that he does not respect any value: – be it honesty, loyalty or justice. If one is in leadership position, then No evil can surpass this. In foregone elections Mugabe has openly thwarted the will of the people in choosing whoever they want to represent them. His government has adopted reckless economic policies that has seen decline in aggregate demand which in turn has led to the shrinking of total production. The first shock the economy suffered was when money handouts were given to war veterans for which this action set off inflation. As this was not enough, agricultural production was abruptly reduced to zero when ongoing farming operations were disturbed by a confused, anarchic land reform. Whoever ordered these farm invasions is a complete fool, an idiot, for though land reform was needed, bringing agricultural production to a complete halt within a short period was very shortsighted, was almost blind. Compounding to the already rising inflation, unemployment was on the rise too as every industry with linkages to agriculture downsized or shut down. Many were laid off then. I am surprised that government is now working overtime to protect workers from being laid off as the largest number workers have been laid off before as an impact of an abrupt land reform. The persistent shrinking of the economy is as a long term result of the governmentâ€™s earlier foolish actions, I couldnâ€™t find a better word. Whenever demand/production decreases, companies are forced to downsize, and undesirable laying off of workers always results. The laying off of people has a snowball effect on the decrease of the performance of the economy. As workers are laid off, aggregate demand continues on the decrease as laid off workers have no more buying power.

A firm may continue operate at zero profit, where revenue is equal to expenses. But a company will naturally be forced to scale down when it operates at a loss. Therefore government cannot force companies, by whatever legislation, to retain workers against a background of a very poorly performing economy. That action cannot improve the situation of the economy, but will only set a conflict between employers against employee. Mugabe is trying to convert profit making motivated companies into charities which continue to pay unproductive workers. Mugabeâ€™s underperforming government can afford to pay unproductive workers because the government pays from collected taxes. At the present moment Mugabeâ€™s government is collecting taxes only to pay workers; very little fiscal work is being done. On the other hand, companies need to pay workers from revenue collected from productive work. If production and therefore revenue decreases, then companies are unable to keep a large number of workers because they simply cannot pay. In actual fact, these have companies have to downsize, sell equipment and lay off some of the workers. This should be simple for Mugabe to understand. The best way for Mugabe to please laid off workers and therefore stay in power would be to give them unemployment benefits.

The government should not force companies to cushion itself from the effects of its irresponsible, selfish policies only crafted to prolong and preserve Mugabeâ€™s rule. Zimbabweans cannot afford to keep Mugabe and his government in office any day longer given the trend of the economy. Are Zimbabweans to wait until every one of them is in the streets for them to confront this chap and demand his resignation? Everyone in Zimbabwe knows this fact, Mugabe has failed. The people are the boss of the government and when govt is unable to perform to its expectation, then it should go home, and people should hire a competent one. Our government no longer knows the reason for which itâ€™s in place. Mugabe has postponed the firing of his government by the people for very long. He has done this not through achieving an economic turnaround, but by deceitfully getting around corners. He survived rejection by ordering farm invasions, survived severe inflation but cutting zeros, survived rejection by manipulating elections and now he wants to survive total economic collapse/riots through altering labour laws. Zimbabweans should not continue to let Mugabe ride on their back when he is doing nothing to improve their well-being. Mugabe has precipitated all this mayhem by his wanton lust of power. Now government is contemplating not paying school teachers when schools are closed, just how do government expect to teachers to pay rents, feed families and pay bills during the months they will not be paid. This is failure apparent. Zanu Pf government should admit failure and resign.

Zimbabweans must now shut their ears to his sweet talk. Change is needed yesterday. Mugabe has ruined every aspect of the Zimbabwean peopleâ€™s lives, health, education and financial but he still continues to gather courage and address people at the national heroes acre to report false figures about economic performance and state of the nation. Though Mugabe and his gvt can keep loosely patching the symptoms, ameliorating only signs of economy collapse, Zimbabweans should pray that total economy collapse does not coincide with his death, given his age and health state. Then, Zimbabweans would have to struggle on two fronts, succession fights and street riots. Whichever the result, Mugabe would have gotten what he wanted-life presidency, regardless of implications/costs to economy. Let it be crystal clear to Zimbabweans, Mugabe and/or Zanu Pf, will never be able to lead the crucial turnaround of the economy, given their lack of sincerity and the extreme level of corruption within Zanu Pf .