The Employersâ€™ Confederation of Zimbabwe (EMCOZ) is fuming that government railroaded the Labour Act Amendment Bill without its input. 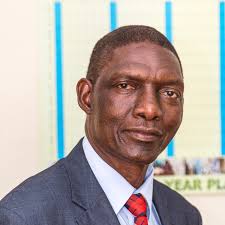 The bill has been subjected to a tripartite process involving government, labour and business for years with the view to reforming the current law to create a win-win situation between employers and workers.
Last Friday, Parliament gazetted a new bill that seeks to protect workers from being dismissed without terminal benefits while removing some of the cumbersome processes that employers suffered while retrenching.
The bill is expected to be passed into law any time, after President Robert Mugabe recalled Parliament from its break to debate and okay it. The opposition MDC-T is unlikely to oppose the bill as it announced that it wanted pro-labour legislation.
John Mufukare, the EMCOZ executive director, told The Zimbabwean that government had acted unilaterally. â€œThe bill definitely does not reflect our wishes as employers and business. We are concerned that government is fast tracking this process. This culture of fast tracking processes is unfortunate because at one time or another, we will have to go back to the drawing table after wasting a lot of time, resources and effort,â€ he said.
â€œWe should have met as the tripartite (forum) but we only met once. We are surprised that government excluded us from two versions of the labour bill, which is now at the seventh stage,â€ he said.
The last time the Tripartite Negotiating Forum (TNF) met was when the bill was at the fourth stage. â€œWhat government is doing is retrogressive. We will soon come up with a comprehensive critique of the labour bill and then decide on how best to engage our partners,â€ added Mufukare.