The Head of the European Union delegation to Mozambique Sven Burgsdorff, on Tuesday repudiated in Maputo the recent attacks against government forces carried out by armed militia of the largest opposition party in Mozambique and former rebel movement Renamo, in the western province of Tete. 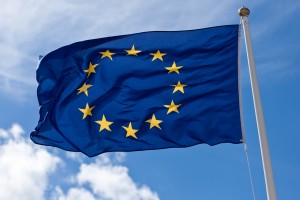 Burgsdorff regrets that many Mozambicans are seeking refuge in neighbouring countries because of these attacks, which also resulted in the destruction of homes and barns, particularly in Moatize district.

â€˜Weâ€™re concerned with the military activity that took place in Tete, on the border with Malawi, which forced Mozambicans to flee the country,â€™ said Burgsdorff, speaking to journalists shortly after a visit he paid to the Speaker of the Assembly of the Republic, the Mozambican parliament, Veronica Macamo.

About two months ago, the leader of Renamo, Afonso Dhlakama, admitted that he gave orders to ambush the government forces to prevent an attack against its base in the region.

The ambush was a violation of the agreement on a cessation of military hostilities, signed between Dhlakama and the then President, Armando Guebuza, on 5 September last year.

The statements of Dhlakama contradict his spokesman, Antonio Muchanga, who claimed that government forces attacked a Renamo base in the administrative ZÃ³bwÃ¨ post, in the Moatize.
However, Burgsdorff stressed that both Mozambicans and international partners should seek a solution for the pending issues, which should be resolved through a political dialogue.

â€˜We are confident that Mozambican leaders will be able to quickly solve these problems, â€˜said Burgsdorff, who believes that the Mozambican parliament should also play a role to solve the countryâ€™s problems.

The Speaker of the parliament, who also expressed her concern, stressed that the Assembly of the Republic, is discussing with all stakeholders to prevent an outbreak of another cycle of violence in the country.

Macamo agrees that the ongoing political dialogue between the government and Renamo should bring a consensus between both sides.

â€˜The political dialogue should bring consensus. But it cannot be a dialogue where one side says â€˜yesâ€™, â€˜yesâ€™ while the other says â€˜no, â€˜noâ€™. Dialogue implies compromise on both sides.

Therefore, everyone should participate in the dialogue with an open mind to find a common groundâ€, said Macamo.