FC Platinum coach Norman Mapeza is convinced his side has enough depth to overcome the loss of some key players who have moved to greener pastures during the current international transfer window. 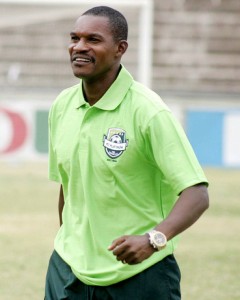 Striker Donald Ngoma joined Tanzanian giants Young Africans. Zambian winger Obrey Chirwa has moved to Denmark and chances are that his compatriot Aaron Katebe might also change base.
The biggest loss could however prove to be the looming departure of star player Walter Musona and Under-23 skipper Wisdom Mutasa, who are reported to have impressed during a recent trial stint in Slovakia. Mapeza however said the departures were opening up opportunities for the other players.
â€œWe have some guys who have been doing well of late, we have some guys who were not registered before, and other guys who have not been into the team now and they can give us that death which we are looking for.â€
Former Black Rhinos forward Brian Muzondiwa has endured a difficult start to life at Platinum butÂ  he proved the match winner with a hat-trick in the 3-0 win over Buffaloes last week.
Mapeza can also look forward to some influential contributions from fit again Young Warriors winger Marshal Mudehwe, who was the star of the team in the first half of last season only for a serious knee injury to disrupt his momentum.
Platinum also still posses arguably the premiershipâ€™s most talented midfield all-rounder in Wellington Kamudyariwa.
After a difficult start to the campaign, Platinum have been on an excellent run with seven wins and three draws in their last eleven matches seeing them emerge from mid-table obscurity to come within four points of the summit.
Mapeza said: â€œWe had some challenges at the beginning of the season but the most important thing was to remain focussed. We knew it was a phase, it was going to pass. We managed to soldier on, we never lost our composure. We kept working hard and we are being rewarded now.