PAMENUS TUSO reports on the achievements of a remarkable woman who inspires other women to take a leaf out of her book. 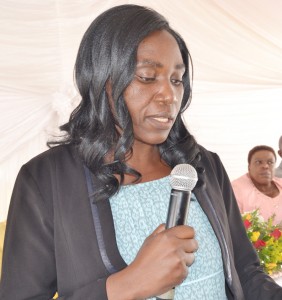 The story of businesswoman Jessie Mudimbaâ€™s journey to success is an encouraging tale of perseverance and hard work – all the more significant because it occurred in an underdeveloped and marginalised community.
Mudimba is now a household name in the underdeveloped region of Binga in Matabeleland North, where she runs various enterprising ventures that include a supermarket, a restaurant, a bakery and a butchery.
She started school in 1979 at Manjoro primary school. Because of her high IQ, she skipped grade four. After completing grade seven with seven units, she was forced to drop out of secondary education in 1985 due to a lack of funding.
She started her entrepreneurial journey in 1992 while working as a housemaid in Binga.
â€œSince in my community educating a girl child is not a priority, I was forced to seek employment as a maid. While working as a maid, I started saving money regularly from my wages,â€ said Mudimba, 43.

First venture
After working as a housemaid for almost seven years, she started her first business venture. â€œI started buying fish from Binga and reselling it in Victoria Falls and Bulawayo. When the fish business slumped, I decided to venture into cross-border trading,â€ she recounted.
She sold her wares in neighbouring South Africa and Botswana and while there, she would buy scarce commodities and resell them back home.
The major turning point in Mudimbaâ€™s life was when she decided to quit her marriage to pursue her business interests.
â€œThe marriage was not working for me. One day, I decided that enough was enough and became a single mother. After getting a divorce, I immediately ventured into full time business,â€ said this 43 year old.

Own building
Mudimba rented a supermarket building in 2008. After leasing the building for four years, she applied for a business stand from Binga Rural District Council and started constructing her own building.
This construction was completed in December 2014 and houses her businesses, where she employs eight people. Apart from operating the supermarket, restaurant, bakery and butchery, she offers Eco-cash services and is also the agent for a local bank.
These additional services have proved to be convenient and handy to both locals and various local NGO’s.
â€œOur services are in high demand from NGO’s and we maintain a very good working relationships with them,â€ she said.

Wishes and dreams
However, Mudimba still has a few more wishes and dreams, and one of these is to attain a degree in business management.
â€œMy desire is to attain a degree in business management. I want to be a source of inspiration especially to young girls who are being denied the opportunity to attend school,â€ said Mudimba.
Another dream for the future is to venture into the tourism industry. â€œBinga has great untapped potential. The area has many sites such as the hot springs and the Zambezi river and it is a dream of mine to turn these untapped resources into world class tourist venues,â€ she said.
Mudimba has two children, a son and a daughter, who attend Gloag Boarding school.