The cash-strapped government needs $12 billion to rehabilitate the countryâ€™s dilapidated road network that has not been maintained for 15 years, says a senior government official. 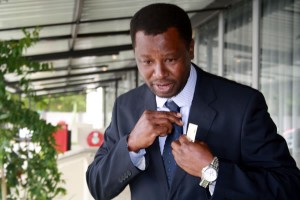 A series of fatal accidents over the past few months has been attributed to the poor state of the network. Ministry of Transport and Infrastructure Development permanent secretary, Munesu Munodawafa, acknowledge the need to rehabilitate roads to curb the carnage but said government was no position to fund this.
â€œThe money collected from our fees (toll, overload, transit, vehicle license) is way less than the $11 billion required to rehabilitate the road network,â€ he said. $31 million was collected in 2009, $60 million in 2010, $81 million in 2011, $94 million in 2012 and $102 million last year.
The countryâ€™s road length measures 85,208 kilometres. The major highways under the Department of Roads constitute 18,341km.
Rural feeder roads under the District Development Fund constitute 26,000km while rural tertiary roads measure 35,000km and 8,500km for urban roads under town councils.
Munodawafa said government had prioritised the rehabilitation of all major highways and main rural roads, at a cost of $300,000 per km for major highways and $100,000 for rural roads. The construction of a new 12 metre-wide tarred road costs between $750,000 to $1,1 million dollars per km.