People Against Suffering Oppression and Poverty says the pile of rejections for Zimbabwe Special Dispensation Permits is getting bigger daily and the reasons given by the Department of Home Affairs are sometimes obscure. Rejected applicants are given only 10 days to leave South Africa and are not granted the right to appeal. By BERNARD CHIGUVARE. 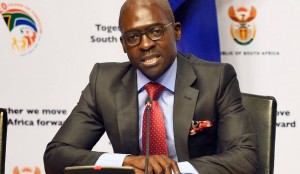 The immigrant rights group People Against Suffering Oppression and Poverty (Passop) is concerned that hundreds of Zimbabweans are being told to leave South Africa imminently.

The ZSP process began in October last year. GroundUp has previously reported on delays and dissatisfaction with the process.

Bernard Toyambi who heads a team of paralegals at Passop, says: â€œWe started receiving rejections in February, 2015. The pile of rejections is getting bigger daily. So far we have around 222 rejections.â€

According to Passop the reasons for rejections include Home Affairs saying applicants have not provided proof of employment or employment contracts, have failed to include their previous permit in their applications or not provided proof of business registration or trade licences. In some cases Home Affairs has picked up that applicants have criminal records. One obscure reason given for a rejection is â€œnegative fingerprintâ€, which Passop describes as â€œconfusingâ€.

At the end of every rejected application letter there is a note: â€œYou are to leave the country within 10 days.â€

There is additional confusion because a Home Affairs employee, Gerson Muti, apparently told legal representatives of some of the rejected applicants: â€œPlease ignore the rejection letter because all rejections are going to be reviewed even if the person did not lodge the appeal. We are just waiting for our IT section to finish developing the system so that we can start reviewing.â€

Benhilda Masarirambi is a domestic worker in Cape Town. Her case exemplifies the bureaucratic difficulties applicants are experiencing. Her application was rejected because Home Affairs said she did not have the previous permit. She indeed lost her permit in a car accident. However, she then obtained proof from Home Affairs that she had a permit. GroundUp has seen official documentation that records her permit number.

Since receiving the rejection letter, she has been living in perpetual fear of being deported. She is also worried she will lose her job.

Passop is trying to help the rejected applicants appeal to Home Affairs. Toyambi says Home Affairsâ€™ review of the rejections could start anytime from next month. â€œWe are not very sure how we could assist those whose applications were rejected due to having criminal records. However we still ask them to go for police clearance but if proven guilty we are not in a position to assist.â€ Because of the costs involved in appealing Passop asks applicants to donate R100 to cover processing (the organisation emphasises this just covers its costs). However those rejected because of criminal records are asked to pay R200 because of the additional paperwork involved.

Despite numerous attempts, GroundUp has not been able to get a response from Home Affairs. Spokesman Mayihlome Tshwete has not responded to our e-mails. After several telephone calls an official by the name of Winnie told GroundUp Tshwete was out the country and that we should e-mail another spokesman, Thabo Mokgola. We also spoke to him on the phone. He promised a response by 3pm on July 30, but failed to provide one. We also managed to get hold of Gerson Muti but he said he does not speak to the media. DM