China and Zimbabwe are comparative authoritarian and excessive bureaucratic comrades - both with a streak of dictatorial stranglehold on their citizens. 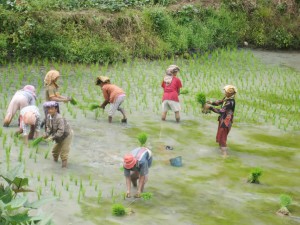 Workers who ought to have been tending the fields were making steel by destroying their ploughs, and thus their future ability to feed themselves and the country. The result was a calamitous famine.

The Chinese Communist Party dominated the political arena. Zanu (PF) has been dominating Zimbabwe politics since 1980.
Just like President Robert Mugabe, Chairman Mao Tse Tung dominated the Communist Party and the government. Mao nationalised land and industry. He abolished all kinds of property rights. As with all extractive institutions, Maoâ€™s regime was attempting to extract resources from the vast country he controlled.
The Chinese Communist Party had a monopoly over the sale of produce, such as rice and grain. Mao claimed that in 15 years, China would catch up with British steel production, yet, there was no feasible way of meeting these targets.
To meet the planâ€™s goals, scrap metal had to be found, and people would have to melt down their pots and pans and even agricultural implements such as hoes and ploughs.Â  Workers who ought to have been tending the fields were making steel by destroying their ploughs, and thus their future ability to feed themselves and the country. The result was a calamitous famine.

Bourgeois interests
In October 2013, Zanu (PF), through its economic blueprint ZimAsset, claimed that it would create 1.5 million jobs by 2018. Today, the ZimAsset is reduced to a mere decorative document as the economy crumbles.
In China, one Deng Xiaoping argued that China needed policies that would encourage production so that it could feed its people. He was soon to suffer for his new found practicality. Mao announced that the regime was under threat from â€œbourgeoisâ€ interests that were undermining the communist society and wishing to recreate capitalism.
This announcement strikes a chord with Mugabeâ€™s speech in September 2013, when he berated the United States and former colonial power Britain and its allies for trying to control his nation and its resources, telling them to remove their â€œillegal and filthy sanctions.â€ â€œShame, shame, shame to the United States of America. Shame, shame, shame to Britain and its allies,â€ â€œZimbabwe is for Zimbabweans, so are its resources,â€ ranted Mugabe.
In China, Mao responded to Dengâ€™s argument by introducing the Cultural Revolution, which wrecked the economy and destroyed many human lives. Units of Red Guards were formed across the country: young, enthusiastic members of the Communist Party who were used to purge opponents of the regime. Many people were killed, arrested, or sent into exile.

Green Bombers
In Zimbabwe, we are reminded of the â€œGreen Bombersâ€ -Â  the national youth service programme launched by the late Youth Minister Border Gezi in 2001 to â€œtransform and empower youths for nation building through life skills training and leadership developmentâ€.
Recruits were widely accused by human rights groups and opposition parties of horrific political violence all around the country during election time. The government was accused of conscripting desperate and unemployed youths into its controversial national youth service and brainwashing them to become blind and violent zealots of the ruling Zanu (PF) party.
Mao retorted to concerns about the extent of violence, stating, â€œThis man Hitler was even more ferocious. The more ferocious, the better, donâ€™t you think?
The more people you kill, the more revolutionary you are.â€ Similarly, Mugabe once retorted, â€œI am still the Hitler of the time. This Hitler has only one objective: justice for his people, sovereignty for his people, recognition of the independence of his people and their rights over their resources. If that is Hitler, then let me be Hitler tenfold. Ten times, that is what we stand for.”
China only managed to turn around its ailing economy after Maoâ€™s death. I am not insinuating that we, in Zimbabwe, cannot turn around our economy with Mugabe in power. The extractive economic and political institutions he has presided over are still in existence. We need to restructure them and make them inclusive. We need political and economic reforms.

Power vacuum
With Mao gone, there was a power vacuum in China, which resulted in a struggle between those with different visions and different beliefs about the consequences of change. Even after Mugabe, many Zanu (PF) stalwarts will not abolish the extractive institutions they have created.Â  Both the Gamatox and the Zvipfukuto factions are culprits; both presided over the current economic and political institutions bedevilling our economy today. Todayâ€™s China has maintained its extractive bureaucratic political institutions inherited from Mao.
When Deng found himself in power, he did not want to abolish the communist regime and replace it with inclusive markets. He thought that significant economic growth could be achieved without endangeringÂ  political control â€“ but soon realised that economic growth would be possible only with significant moves toward inclusive economic institutions.
Chinaâ€™s Achilles heel would be her inability to completely abandon her extractive political institutions. For instance, one Chinese dissident commented that in todayâ€™s China, â€œBig companies can get involved in huge projects. But when private companies do so, especially in competition with the state, then trouble comes from every corner.â€ Growth under extractive political institutions is quite unfavourable to foreign investment.

RBZ debt
Mugabe recently signed into law the Reserve Bank of Zimbabwe debt assumption bill. This means government has taken over the central bankâ€™s $1.2 billion debt, which includes some $200 million given out as agro-support to top officials in the ruling party. It also means that Zanu (PF) top chefs who benefited from the equipment never paid for it. The bill was passed in Parliament despite the spirited objection from opposition MPs. This is a clear case of an extractive economic institution benefitting the Zanu (PF) elite.
The suffering we are facing in Zimbabwe is sufficient enough for us to demand change. History is not destiny. Extractive institutions can be replaced by inclusive ones. But it is neither automatic nor easy. A confluence of factors, in particular a critical juncture coupled with a broad coalition of those pushing for reforms, is often necessary for a nation to make strides towards more inclusive institutions.
We cannot continue to have extractive political and/or economic institutions that concentrate power in the hands of a few Zanu (PF) cronies. China managed to break the mould from poor to rich. We can do it too.Â  If we cannot remove Zanu (PF), we must push it to make political reforms. – Follow @tendaikwari