The recent wave of job losses triggered by a Supreme Court ruling validating the termination of contracts via a three monthsâ€™ notice period will hit women and children the hardest. 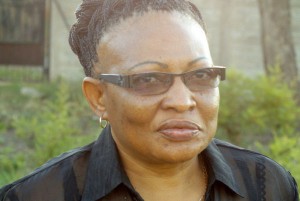 Tabitha Khumalo: a lot of children will not attend school next term due to a lack of funds.

Women will bear the brunt of the economic crisis brought about by job losses,â€ said Tabitha Khumalo, the MDC-T deputy national spokesperson. â€œMany breadwinners have lost their jobs because of the Supreme Court ruling and it is likely that a lot of children will not attend school next term due to a lack of funds.â€
Khumalo added that job losses would also affect womenâ€™s menstrual health and hygiene.

Increased crime
â€œA large percentage of women, especially those in the high density suburbs, depend on their husbands to fund toiletries, soap, sanitary wear and underwear. School going girls who rely on their parents to buy these essential items will now face a menstrual health and hygiene challenge,â€ said Khumalo, who is also the Bulawayo east Member of Parliament. She urged the government to empower women with income-generating projects so that they can look after their own health as well as feed their families during these trying times. Elizabeth Chinyanga, the deputy chairperson of the Women Assembly of the Welshman Ncube led MDC expressed similar sentiments. â€œThe MDC Women Assembly is concerned about the far-reaching consequences of these dastardly job losses, especially to women and children who have to bear the brunt. Inevitably the job losses will lead to unsocial behaviour such as increased crime, prostitution and child labour, early and forced marriages, rampant spread of STI’s and HIV as well as cross-gender sex,â€ said Chinyanga.
The most innocent victims of the job cuts will be children, including suckling babies who are being breastfed in the streets by their vending mothers.
â€œMy husband was retrenched from Grain Bag three weeks ago. His three months salary was not paid to him. I have now started selling vegetables to support the family,â€ said Everjoice Sibanda.
She and her family were planning to relocate to their rural home in Gwatemba once her husband receives his dues from the company.

Amendment bill
Following an outcry from the public and labour unions, Parliament is expected to pass the Labour Amendment Bill soon.
The Bill is expected to amend the Labour Act and remove the common law provisions that have been used by employers to unilaterally dismiss thousands of workers without notice, sending them home with nothing.
However labour experts likened the governmentâ€˜s move to closing the stable door after the horse has bolted. Labour unions insist that more than 20,000 people have been fired since July 17, when the controversial judgement was made. Some of the organisations that have fired workers include state-controlled companies such as ZBC, Zimpapers and the Central Mechanical Department (CMED).