The Council of Southern Africa Football Associations announced early this week that defending champions Namibia would host the next edition of the regional COSAFA Cup in 2016. 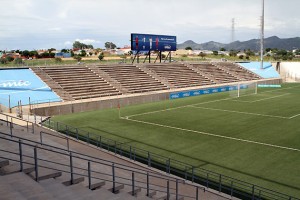 This will be the first time in the tournamentâ€™s 18-year history that the Brave Warriors have played host, with the event tentatively slated for May 15-29, at two venues in Windhoek â€“ the Sam Nujoma Stadium and the Independence Stadium.
The country successfully hosted the 2014 African Womenâ€™s Championship, and the Ministry of Sport, has confirmed to the Namibian Football Association (NFA) that they would give the necessary financial guarantees to stage the event.
â€œThe NFA is extremely pleased with the confidence COSAFA has shown by entrusting its flagship competition to our association,â€ said NFA Secretary General Barry Rukoro. â€œOf course, the success of the recent African Womenâ€™s Championship will have played a role in the decision, which goes to show the importance of hosting these major events for the emerging countries and National Associations.
â€œHosting this competition will give the growth and development of the game in our country a whole new impetus. We know, as we have seen from the African Womenâ€™s Championship recently that after this tournament next year, more than ever before children in Namibia will choose to play football over any other sport.â€
Rukoroâ€™s words were echoed by NFA President Frans Mbidi, who also thanked the Namibian government for their support. Namibia earlier this year became the fifth nation to win the COSAFA Cup since its inception in 1997. Zimbabwe and Zambia have four wins each, while South Africa and Angola have each won on three occasions.