JOHANNESBURG - If average numbers told the full story, Southern Africa would be flying high on gender and education. 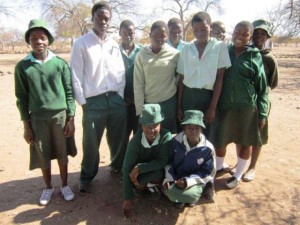 Girls outperform boys at schools in the SADC region.

In most countries, there are now equal numbers of girls and boys in schools – all the way up to tertiary level. But these figures mask discrepancies between countries as well as key quality, inclusiveness and safety gaps.
All these are key to unleashing the human potential so essential to SADC’s dream – elaborated at the just-ended Heads of State summit in Gaborone: “Accelerating Industrialisation of SADC Economies, Through Transformation of Natural Endowment and Improved Human Capital.”
This year the region is taking stock of the achievements and lessons learnt since the adoption of the SADC Gender Protocol in 2008 and shifting focus to a Post-2015 development framework. With a few weeks to go before the 70th Session of the United Nations General Assembly adopts the Sustainable Developments Goals (SDGs), education is the one area in which SADC countries can claim to have made strides.

Gender parity
The 2015 SADC Barometer, launched last week in Gaborone at the Fourth SADC Gender [email protected] Summit, reports that six out of 15 SADC countries have achieved 50% or more girls in primary education (Botswana, Madagascar, Seychelles, South Africa, Tanzania and Zimbabwe), up from five in 2009.
With 52% girls in primary school, Tanzania has a slight majority of girls in primary school. Most of the nine countries that fall short of gender parity only miss the mark by a percentage point or two. DRC, with 46% girls in primary education, has consistently fallen in last place.
Ten countries (Botswana, Lesotho, South Africa, Malawi, Namibia, Mauritius, Madagascar, Seychelles, Swaziland, Zimbabwe) have 50% or more young women in secondary school (up from seven in 2009). Lesotho, with 57% young women in secondary school, has consistently been the highest, and DRC, with just 36% young women in secondary school, is consistently lowest.
Nine countries, Botswana, Lesotho, Madagascar, Mauritius, Namibia, Seychelles, South Africa, Swaziland and Zambia now have more young women than young men in tertiary education (up from seven in 2009). Mauritius (62% women at tertiary level) has the highest proportion of women at this level. The DRC, with 32% women at tertiary level, has the lowest proportion of women in tertiary education.

Gender bias
But the index does not cover aspects such as gender biases in curriculum; the gendered dimension of subject and career choices; school dropout rates; or gender violence in schools.
The regional average has moved from 93% in 2012 to 94% in 2015.This demonstrates the success of efforts by SADC member states to reach the 2015 target of equal enrolment of boys and girls at all levels. It shows that education is one of the region’s success stories in terms of gender parity.
While the index has not moved much since 2011, the Citizen Score Card (CSC) has, in the past four years gained 13 percentage points from 55% in 2011 to 68% in 2015. This shows that citizen perspectives on education are generally more positive than in the past.
At 68%, the CSC “perception” score is much lower than the index. Citizens in all the 15 SADC countries gave lower scores compared to the index. This reflects the several less obvious gender gaps that still exist and need to be addressed in education in the post-2015 discussions.

Disability
For example, a report entitled “â€˜Complicit in Exclusion: South Africa’s Failure to Guarantee Inclusive Education for Children with Disabilities,” found that in five out of South Africa’s nine provinces, children with disabilities face discriminatory physical and attitudinal barriers, often beginning early in children’s lives when government officials classify them according to their disabilities.
According to the report, the government since 2001 has had a policy to provide education for all children in inclusive schools thus ending discrimination against the disabled. “But the government has not yet put into operation fundamental aspects of the policy. Among other things, the government uses the majority of its already limited resources for learners with disabilities for special schools, to the detriment of inclusive education,” the report states.
While girls outperform boys at schools in the SADC region, gender-based violence and unconducive learning environments continue to keep girls away from school especially in marginalised communities. Thirteen out of the 15 countries (all except Seychelles and Mauritius) report large-scale problems with gender-based violence and sexual abuse in education facilities. Girls learn to accept battery and assault, while boys, by contrast, receive tacit permission to continue violent behaviour. Within the confines of school grounds, classmates or teachers may abuse girl students.
The Protocol post -2015 provisions on education will be inspired by Goal 4 of the SDGs and Africa’s Agenda 2063 which include not just enrolment but also completion rates. The SDGs also include a target against ending gender violence. Going to school and unleashing the full human potential of girls and women are not one and the same. We need both! – Lucia Makamure is senior programme officer in the Southern African Gender Protocol Alliance, and author of the education chapter of the Barometer. This article is part of the Gender Links New Service.