Midlands State University students have expressed outrage over the abrupt relocation of their studies from the local main campus to Zvishavane. 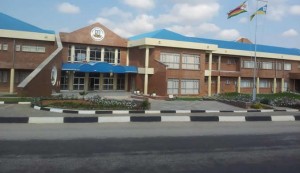 They say the short notice given for the development has severely affected them -Â  plunging their future into uncertainty.
When they arrived for the beginning of their last semester of 2015, students were met with a notice announcing that some degree programme studies had been moved from Gweru campus to the varistyâ€™s new Zvishavane complex.
In the short notice MSU registrar, Erasmus Mupfiga, said students studying politics and public management and peace studies should report to the varsityâ€™s new campus in the asbestos mining town.
He added that all first level first semester students in the same programmes should report to the Gweru Campus for orientation, but would join their colleagues at the Zvishavane campus at the end of this week.
â€œI had already paid for accommodation in the nearby Senga suburb for the whole four-month long semester, like several other colleagues. I was shocked when I learnt of the development. These are hard times and the landlords will not reimburse us. How will I be able to study in Zvishavane?â€ said Nobunkosi Mutandazo, a second year student in the politics and public management degree programme.
Victor Mabhena, another student from the same programme, said his parents would not afford to put together resources for his relocation, as they had made plans way back for him in the knowledge that he would be studying in Gweru. â€œMy parents have used all they have to pay for fees and accommodation here. I would have to defer my studies to next year,â€ said Ntombizodwa Malinga, a first year student in the peace degree programme.
Visibly shaken Evander Nyoni, a politics degree programme student, said the majority of her colleagues had said they would not be able to attend orientation in Gweru and then proceed to Zvishavane – due to the economic hardships faced by their parents.
â€œWhat it means is that we will just go straight into studies without going through briefings on the university systems at orientation. We canâ€™t manage the costs involvedÂ  because we had not budgeted for that,â€ said Nyoniâ€™s classmate, Themba Dube.
Parents based in Gweru but with students studying at MSU, said they had also not budgeted for the relocation and were afraid the relocation may spell doom for them.
â€œI have a house in Senga here which is near the university and I have been staying with my son studying at the university. If they had told us last semester their plans, we would have done something in preparation. We have been caught off-guard and the future for my child is now uncertain,â€ said Sixpence Sithole, 62, a retired soldier.
Another widowed parent, Mary Gahadzikwa, said â€œWe blame the varsity authorities because they knew about the relocation long time ago yet they kept it under wraps. What plans can I make now for my son to relocate to Zvishavane when the semester has already opened and there is nowhere I can raise the funds needed.â€
Mirirai Mawere, the MSUâ€™s public relations manager, was unavailable for comment and did not respond to questions sent to her on the email as is the universityâ€™s media procedure.