We have celebrated 12 months without government by falling deeper into chaos. 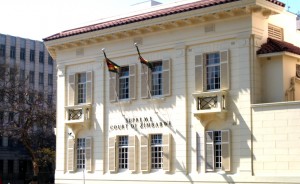 The Supreme Court ruled that employees could be sacked without following all the procedures laid down in the Industrial Relations Act. Firms rushed to sack workers they couldn’t afford to pay â€“ and the highest authority in the land declares this shouldn’t happen, promising to amend the law to give stronger protection.
Well, workers do need the protection of the law, but which workers? Workers in factories that can’t supply them with materials to work on deserve some kind of protection, but â€œghost workersâ€ on the government’s payroll do not, whether or not they really exist.
The 2009 civil service audit by Ernst & Young (India) showed that, out of a total 188,019 civil servants, 75,573 (40.0%) did not have the qualifications required for the posts they held, while for a further 29,317 (15.6%) there was insufficient or no information on either their job designation, qualifications or both.
So out of 188,019 civil servants, 104,890 were either unqualified or there is not enough evidence to show what they should be doing. Some of them may be fictitious identities, enabling somebody who never goes near a government office to collect a salary, or maybe several salaries. Some should be on the payroll of Zanu (PF), not the government, like the 10,000 â€œyouth officersâ€ distributed among every district to prepare for the 2013 elections, presumably organising ZANU militias.
50,000 cops
But then we can’t expect Zanu (PF) to know the difference between government and party, can we? And then we remember that after that audit the then Minister of Finance, Tendai Biti, declared that we could not support a police force of more than 20,000, but the Police Commissioner General announced that he wanted 50,000 and recruited all those raw youths who rob us at road blocks. I didn’t hear how many Chihuri actually found; within a few months there were more than 15,000 more than government could pay.
Government could probably save a lot of money by removing dead or non-existent workers from their payroll, and all those who should be paid from Zanu (PF)’s own funds. Then they could start looking at how all workers who can be identified are performing. After all, paper qualifications don’t prove anything when they can be so easily bought, and the lack of them does not prove a worker is incompetent. The cops who spend all their time on â€œincome generatingâ€ road-blocks are not doing any service to the nation and should go.
There you have an outline of what government should have started doing in 2009. We have heard no evidence that they did anything but try to cut the salaries of some people who were actually working. Now some officials say we need another audit â€“ because they don’t like the figures the last one revealed?
But now, someone will remind us, some action is being taken. A headline last week said 3,000 teachers would be retrenched. Temporary teachers are an easy target because they are very visible, they are not qualified and they are less likely to support the ruining party. But should they be the first to be sacked? At least many of them are working. That’s more than you can say about the many hidden party faithful or hangers-on of the military who collect government salaries.
Zanu (PF) has survived for 35 years by confusing and dividing their opponents. Now they are split among themselves and the splits can only get deeper. To balance the government budget, which they need to do if they want any foreign support, be it British, American, Russian or Chinese, they must ditch supporters who have grown rich on their patronage. To keep those supporters temporarily happy, they will need to sack the few civil servants who do their job. That is the short route to economic collapse, which will include collapse of their delicately constructed structures of power.
We will all need to learn new ways before we are much older.