has released his much anticipated new single titled ‘In My Arms’ featuring Tehn Diamond. In My Arms was inspired by what Jenkins says is the alarmingly increase of men taking advantage of women on nights out. The video plays out two different scenarios. The first featuring Jenkins, sees him take advantage of a lady who 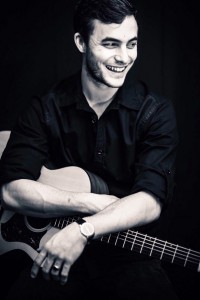 has released his much anticipated new single titled ‘In My Arms’ featuring Tehn Diamond. In My Arms was inspired by what Jenkins says is the alarmingly increase of men taking advantage of women on nights out.

The video plays out two different scenarios. The first featuring Jenkins, sees him take advantage of a lady who appears to be drunk. She wakes up distraught with no recollection of what happened the night before.Â  ‘This tends to happen a lot more than we think when young people get together. Drinks are left alone, they get spiked and cowardly men proceed to take advantage of them’, Jenkins said. ‘Or you just have a situation where people drink too much, and lose control of their decisions and actions.’

The second scenario, see’s rapper Tehn Diamond push off an aggressive Jenkins who tries to take advantage of the same girl. He wins the exchange,Â carries the girl to a bedroom, where he puts her to sleep and makes sure she is out of arms way. ‘This is what we want guys to do. Instead of trying to prey on women; look out for our sisters and protect them, especially when vulnerable’.

In My Arms follows after Jenkin’s first hit Never Too Late. Jenkins is currently touring in Greece. He is also expected to perform on the TV show Tonight with Zororo in coming weeks.