â€œIf we were to see more initiatives like these, this nation would witness a transformation of the country's food security fortunes,â€ says EMA of this unique wetland project. BRENNA Matendere reports. 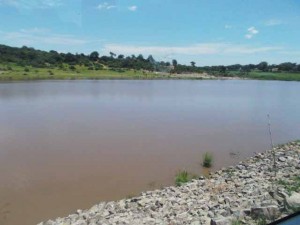 Defe Dopota, in the south of the Gokwe district was traditionally a no-go area for humans. It was wild animal country characterised by dense wetland and forest. Local villagers dreaded traversing it, save for a few brave hunters.
However, today the place is the envy of many thanks to a group of female members of the Zion Christian Church (ZCC) who have turned a wetland located in the area into nine community-based projects that are transforming lives and drawing scores of visitors from within and beyond the countryâ€™s borders.
Named the Defe Dopota wetland project and located in Gokwe South, this 20-hectare centre is now a hub of projects like fish farming, bee keeping, cattle, sheep and goat farming and fruit orchards. All these ventures have been established by female members of the ZCC in recognition of the congregationâ€™s founder, Samuel Mutendi, who first settled on the site in the 1950’s.
The women have commercialised their ventures to the extent that they are making a brisk living out of the sales of their products in Kwekwe, Harare, Bulawayo and Masvingo while at the same time also using some products for home consumption.

World Wetlands Day
In honour of the womenâ€™s success, EMA last week held the 2015 World Wetlands Day commemorations at the site that is now a lifeline for more than 60 families. The theme of the celebrations was dubbed ‘Wetlands for our future – join us’.
In separate interviews, the proud and excited women told this reporter that they had succeeded in making a breakthrough in their lives and in the process, have shrugged off the yoke of poverty.
â€œThe high number of projects available makes it easy for women to find the venture that suits them and that can best transform their lives. We have succeeded in combining our skills and making each project successful. We are happy with the honour we received for our efforts. We are now well off in terms of economic standing,â€ said Rita Mutendi, wife of the late ZCC founder.
Martha Muvengedzerwa, a member of the cattle farming project that has succeeded due to the vigorously growing biomass that comes from proper ecological management practices implemented by the women, explained that the biggest achievement is food self- sustainability.

Constant moisture
â€œFamilies who are part of the project have achieved food self-sustainability. This means that we no longer buy food. We produce our own and this has been happening since as far back as 1973. Vegetables, meat, maize meal and other items are readily available because the wetland ensures moisture all year round,â€ she said.
Anna Nzira, a widow who relocated to the Dopota area from Chief Jiriâ€™s villages and joined the project venture in the 1990’s, pointed out that doctors, teachers, nurses, auto-mechanics, university lecturers, engineers and soldiers have emerged from the community after having had their education funded by proceeds from this project.
â€œPersonally I funded my sonâ€™s education. Today he is a medical doctor. I got the money from our project where as a group we specialise on sheep rearing. I also know of other women like me who raised and educated their children to become professionals in other fields. It makes us very proud,â€ she said.
Jason Machaya, the Midlands Minister of State for Provincial Affairs, told this reporter that the honour bestowed on the efforts of the women is befitting in light of the fact that the multi-faceted project venture has gained much respect from locals and people from surrounding countries.

Much respect
â€œThis project venture has gained much respect from both locals and visitors from South Africa and Botswana. All three pillars of sustainable development, namely economic, social and environmental pillars are fully addressed in this project. If we were to see more initiatives like these, this nation would witness a transformation of the country’s food security fortunes,â€ he said.
Timothy Nyoka, the EMA Midlands spokesperson, revealed that the leadership of the project have since highlighted that they intend embarking on infrastructure development.
â€œThe people involved in the project have set their sights on the construction of a dam and a gully reclamation project. As EMA we are happy with this because they are not only generating income, they are also improving and preserving the environment,â€ he said.