Pamenus Tuso reports on a passionate young environmentalistâ€™s dream of setting up her own plastic recycling plant. 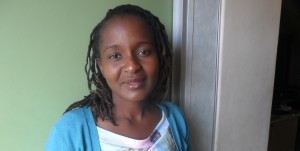 Charmane Moyo eats, breathes and sleeps environmental issues. Since attaining her degree in environmental studies at the Midlands State University (MSU) in 2009, Moyo has been a passionate activist for the environment.
The enthusiastic 29-year-old runs her own environmental management consultancy firm that offers environment management advice on subjects such as bio-degradation, garbage management and Occupational Health and Safety.
â€œI started appreciating environmental issues when I was still very young. I was particularly concerned with issues pertaining to electricity and water saving at both school and home. I also used to recycle green garbage by depositing it in our family garden,â€ said Moyo in a recent interview.
Her interest in environment issues was further inspired by the works of the late great Kenyan female environmentalist, Wangari Mathali, who was one of the United Nationsâ€™ experts on the environment.

Recycling plant
Moyo plans to set up her own plastic recycling plant in Bulawayo. â€œI have set myself a target of five years to achieve this goal. There is a lot of plastic and other garbage strewn all over the city and high density suburbs. My idea is to recycle this waste in a sustainable way,â€ she said.As part of her environmentally-friendly waste management initiatives, Moyo plans to introduce waste disposal centres and the concept of garbage sorting.
â€œMy idea is to place garbage cages in low density suburbs and to then encourage residents to dispose their garbage in these cages, I have come up with some other ideas and am currently engaging the city council on this initiatives,â€ she said.
It is envisaged that the collected waste will then be moved to a central warehouse where it will be sorted before being recycled.

Go green
The environmentalist bemoaned the polluting of the environment. â€œI encourage all members of the public to use fossil fuel and green energy such as wind, water and bio-gas. The sustainable utilisation of these resources will curb or minimise climate change, â€œshe said.
Moyo, who is still single, was born in 1986. She attended the Sacred Heart primary school in Esigodini before proceeding to Usher high school in Plumtree. She completed her ‘A’ levels in 2004 before enrolling with the MSU. She is also a part time Environmental Management and Occupational Health and Safety lecturer at the Centre for Development Studies College in Bulawayo.
She encourages all women to take a leading role in preserving the environment. â€œGlobally women are greatly affected by the negative effects of climate change. They are the ones who bear the brunt of energy and water shortages. I urge women to take environmental issues more seriously because this is a matter that should be close to their hearts,â€ she said.