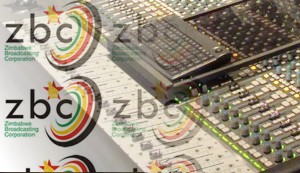 Almost every household with a television set in the city was issued with the tickets, which were distributed by ZBC licence inspectors and police officers.
â€œThe undersigned inspector called at your residence at the above address and having reason to suspect that you are a listener that is, that you have in your possession one or more receivers â€“requires you, in terms of section 38D (2) of the Act to produce this notice and a valid licence,â€ reads part of the ticket issued to one resident in Pumula.
Most Zimbabweans have been fiercely resisting paying radio and television licences because they felt short-changed by the broadcaster, which they say offers atrocious and partisan services.
â€œI would rather go to jail than pay ZBC television licence. What ZBC is doing is outrigh daylight robbery. I last viewed and listened to ZBC stations long back because of their poor services. Now they want my money yet they continue shoving down the throat their junk to the people,â€ said George Tigere.
Another resident, Timothy Moyo, said ZBC should speedily introduce the pay- per- view system.
â€œThose people who want their programmes can subscribe. Personally, I have never wanted to pay the licences anyway because every time you watch ZBC or listen to their radio stations you are constantly fed with Zanu (PF) propaganda,â€ said Moyo.
Because of poor and partisan programming, most Zimbabweans now rely on pirated DVDs for entertainment while some prefer more expensive DSTV channels. Harare lawyer and MP for Harare West constituency Jessie Majome was forced to approach the Constitutional Court seeking to force the state broadcaster to encrypt its signal so that it is only received by those who who wish to associate with its biased programming.
In the court application, Majome cited the infringement of her rights under the Broadcasting Services Act, which has provided a legal framework for ZBCâ€™s 33 â€“year â€“long monopoly over the airwaves. The appeal is still yet heard to be heard.